Colorado defeated Arizona State 13-12 to finish the season on top.

I still don't know what to say. I said in the aftermath that this would be the easiest blog I ever wrote. I joked that I wanted to leave the party early so I could come back to write up the blog. And here I am, speechless. I'll get to the reflection, but first, the write up:

On a brutally hot day, the semi final against UC- Santa Barbara started out, um, not so good. The Gauchos jumped out to an early 3-0 early lead for UCSB before Cary Garfinkel got on the score sheet. Riley Seidel would follow on his patented "fall down on the ground and pray for rain" shot, but UCSB was clearly in charge after one quarter. 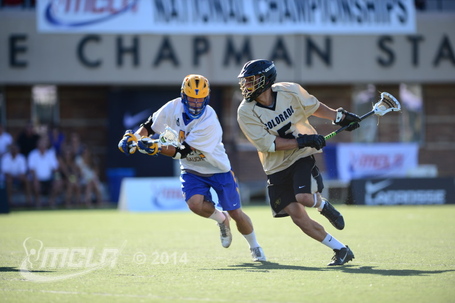 The scoring would continue to favor UCSB, as they opted to patiently spread out, take shots from distance and patiently find their cutters. Colorado failed to extend their defense and counter. Goalie Mitch Fenton, wearing sweats despite the 110 degree reading on the field, prevented the Buffs from getting blown out of the water. On the opposite end of the field, UCSB was comfortable swarming Seidel whenever he so much as looked at the ball. Things were not looking favorable, but the Gauchos failed to account for the home cooking advantage brought by Orange County product Jack Cranston. Cranston put the team on his back, scoring fully half of the goals in the Buffs' 12-10 win. Seidel chipped in with 2 goals and 2 assists, but without Cranston's Herculean performance, the Buffs' season would've ended right then.

Saturday was much more pleasant, with temperatures hovering in the mid 80s and an exuberant air emitting from the Colorado tailgate. Former players and families had come into town to root on their Buffs; old friends made new friends. As fans, we knew what was important- we clearly won the tailgate, and regardless of the outcome of the game, our opponents would still have to go back to the glorified barber college situated amid a hellscape of strip malls and scorpions that is Arizona State. We had tacos and margaritas. We had already won. The team, however, had a much more difficult task ahead of them, as the Sun Devils have managed to turn their attention away from peroxide and denim mini skirts enough to become a truly excellent lacrosse team. ASU came into the final ranked number one in the country, undefeated, and counted a win in Boulder against your Red Hot Buffs as one of the scalps on their belt. No one said this would be easy.

In a way, I think it's almost better that Colorado lost to Arizona State the first time around. Colorado had a frustratingly common trait of coming out flat against opponents to which they felt superior. I don't think it's a coincidence that their two hottest starts of the tournament came against States Michigan and Arizona- the only two blemishes on the Buffs' record. It was a lively atmosphere with fans of Colorado, Arizona State, schools that didn't make the finals, and just lacrosse in general selling out Ernie Chapman Stadium. The former players took their rightful place right on the sideline to heckle the refs. and the game was on. One Shot To Glory. 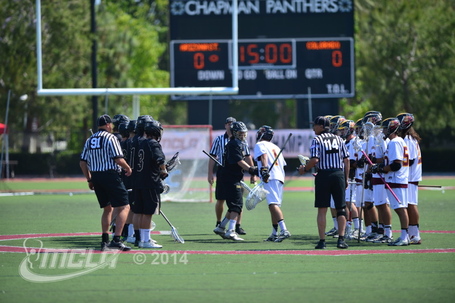 As I said- CU came out hot, with Riley Seidel scoring a quick goal off a failed ASU clear. While Jack Cranston did the heavy lifting to get to this point, Seidel would be the one to bring it home, with 4 goals, 2 assists, and 5 ground balls. CU struggled all day to pick the ball off the turf, but they played scrappy, resilient lacrosse. Already down two key long poles, the defense was led by Connor Ervin and short sticks Christian Wilson and Griffin Bohm. After one half, the score was tied at 5, and all of the nerves were frayed.

On the offensive end, aside from Seidel, Mitch Erickson chose an opportune time to play his best game of the tournament, and Greg Kelsic (my favorite) was at peak level Kelsic filling in all of the gaps. Ultimately, a goal by Jace Gan would take the 5-5 half time score and turn it into a 13-8 lead, until the Buffs realized that they hadn't terrified their fans enough and opted to allow a comeback. At least that's what I assume they were thinking. Otherwise I can't figure out Mitch Fenton's decision to come so far out of the crease on the goal that made the score 13-12.

But that's where the story ends. And the story begins. Colorado defeated Arizona State 13-12 to win the MCLA National Championship. Your Colorado Buffaloes are national champions. 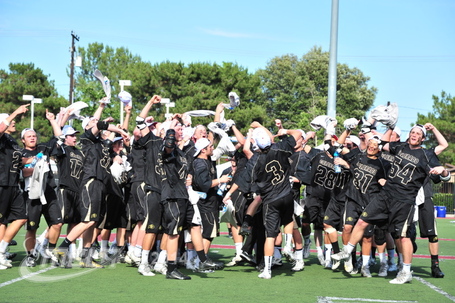 Of course, someone had to start the fight song. I was that someone. I was asked later why we didn't sing it before that, and I had no answer. I promise you this- for as long as I'm affiliated with the program, no matter how loosely, you can bet your ass that we will sing that fight song, so those parents who don't know had better learn. It was an amazing, fantastic win. Colorado lacrosse now owns the trophy and the coaches now own friendship bracelets that took me approximately 7 hours to make. I finally met my Colorado agent official Susie Schobe. Want to know how big of a win this was? Even Coach Galvin managed to crack a smile. Colorado are national champions.

I've said before- this is a special team. It is. We proved that. However, this is a win for the process, and that means it's a championship for everyone who helped build this program, from former players to families, friends, and fans who have spent money and sweat to see your Colorado Buffaloes become national champions. For some, this has been years in the making; others are just getting started. For fans, the process can be called "the journey," and what a journey it has been. Others' journeys started years ago, but for me, it has been a pleasure and a joy to follow this team from Palm Springs to Boulder and back to Southern California. It has been a pleasure and a joy to meet so many fans and friends and families and experience a small part of their journey. They have earned it. Looking at the roster, we have players from California and New Jersey and Illinois, and from sea to shining sea. All are Buffaloes. And all are national champions. 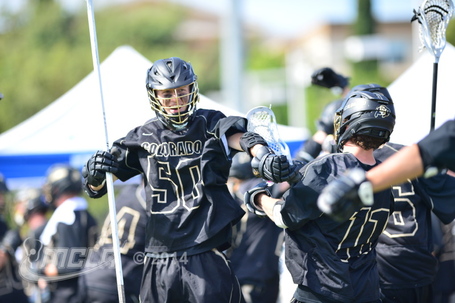 This one is the kid I own

For some- Jack Cranston, Tyler Dougherty, Conor Byrnes, Greg Kelsic, Sean Crane, Hayden McClain, Riley Seidel, and Christian Wilson- this is where the process becomes the journey. They will take their place on the sidelines cheering on the Buffs and heckling the referees until they make the right calls. For others, the process starts anew. For you, this is not the end. It is a high point in the process. Next year's team will not be this year's team. Get bigger, get faster, get better. We are losing a lot of talent, but we return a lot of talent as well. The road to the 2015 championship starts today, and we will be there. National Champions. Shoulder to Shoulder. 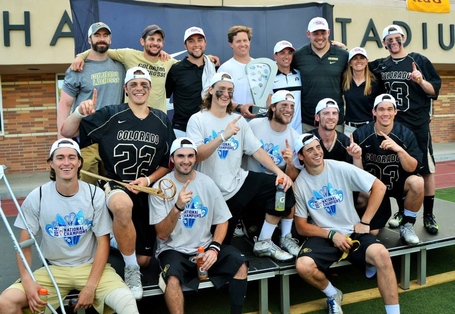