It seems to be another ho-him signing day for the Buffs, as only two real targets remain on the radar.

You may recall a similar post from a little while ago on this site, but times have changed in the Buff community. T.J. Fehoko and Lasuii "Boogie" Sewell have decommitted, which helps balance out some of the heavily-swayed scholarship numbers towards the big boys on either side of the line of scrimmage. Essentially, the only two targets remaining on the Buffs board are Jeremy Kelly and Jay-Jay Wilson, as previously profiled. Steven Sims Jr. has decided to take his talents to Kansas, and Mika Tafua has been silent to reporters, though he remains committed to BYU (though a two year Mormon mission gets in the way of his NSD signature). Aaron Baltazar, a former Boise St. running has decided to make his way here, covering up last year's RB-sized hole. That only leaves Kelly and Wilson.

I had this to say about this ESPN Top300 prospect earlier:

At 6'2, 230, he plays SAFETY for his high school. SAFETY. As one message board Buff pointed out, that's been defensive end height and weight recently for the Buffs. I'd rather see him at LB for CU, but either way, he's not taking a redshirt unless he gets injured. The first legit blue-chipper seriously considering Colorado this cycle, Wilson brings some nasty with his all-around impressive game that is sorely needed for CU. Plus, he has the added bonus of reminding Buff fans of the times of Billingsley. Things were simpler back then...

All of this still rings true, as he has not changed as a prospect. What has changed is the situation around his recruitment. Utah has fallen behind the pack, leaving CU and ASU in the old guard, with two newcomers along the way. His dream school, USC, offered him, but only a blueshirt position, or a possible scholarship later. USC is offering this guy as a PWO for a year, while he would be the cornerstone of the Buffs' class. *sigh* we have a long way to go. Anyways, along with USC, Ole Miss has entered the picture a long way from home. As of right now, he is debating whether to visit CU or Ole Miss with the last visit weekend before signing day. For what it's worth, 247 has him visiting Boulder this weekend, which can only be a good sign. With USC disrespecting him, it seems to be down to CU, ASU, and Ole Miss, rarefied air for Coach Mac these days. Let's hope he can still pull this one out. 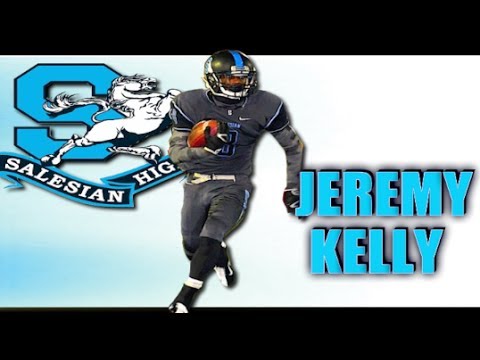 While less lauded than Jay-Jay Wilson as a prospect, Kelly would still provide a much needed face lift to CU's recruiting rankings. A consensus high three star with offers from plenty of P5 programs (something that's severely lacking in this recruiting class), Kelly is a welcome addition to the Buffs of 2015. Here's what I had to say earlier:

And really, at this point in his recruitment, it seems like no one else is really in the running. Offered by Utah, ASU, Washington, Wisconsin, BYU, SDSU, SJSU, Nevada, Hawaii and California, he seems to be highly sought after by the big boys, but his only official visit thus far is CU and has set his announcing date in January. if the Buffs do end up getting him, a smooth athlete is coming to Boulder.

Circumstances surrounding his recruitment seem to have changed, or it was bad research by me earlier (I prefer the earlier). He has apparently taken multiple silent visits, though no one knows where, and he seems set to announce on signing day. Once thought of as in Troy Walter's clutches, he seems determined to make the Buff faithful sweat it out on Wednesday.  BuffStampede, the Rivals site for Colorado, had this to say about the strange end to his recruitment:

All signs point toward him signing with the Buffaloes next Wednesday, but Kelly has taken other visits this month, to unknown locations, and there is no word on exactly when he will announce his college decision. Kelly and his father have not responded to multiple interview requests from BuffStampede.com.

As an actual prospect, I  have grown to like Kelly more and more as the process has continued. He doesn't really pop out with any one skill, but his amalgamation of all of them leads to an impressive final product. He has a very similar frame to Bryce Bobo, one of CU's bright young stars at the position, and would fit very well in the future receiving corps with Jan (tall), Fields (fast), and Bobo (star). Once again, he would be a big addition to an already impressive class. Signing day fast approaches, and while the Buffs have little intrigue once again, there's enough to make it a little interesting.