Nike Has Deemed Colorado To Be Hyper Elite

Finally, after seemingly 40 years lost in the desert, the CU men's basketball team is getting upgraded to Hyper Elite jerseys by Nike.

Share All sharing options for: Nike Has Deemed Colorado To Be Hyper Elite

For the record, I'm taking full credit for this, because of my years long campaign of internet bitchery. Also because I'm a huge narcissist. I hated the old jerseys. They were boring and generic, like crap Nike found in the back of Matthew Knight's closet and tossed our way. I still don't like the font, but hey- pick your battles, right? I also like that the players are getting their names on the back. The lack of them added to the overall generic feel, and every kid who played for a well funded little league team knows how nice it feels to see your family name on your jersey.

It also would've been neat to maybe see a silhouette of the flatirons on the back patch, but it probably wouldn't have translated well. Maybe they could put each player's face on their back patch, or my face. Or Woods' face! He's much more attractive than I am, so let's do that. Also, hopefully this marks the end of the ugly grey uniforms, because those were horrendous. Don't pretend they were silver because I have eyes and know what silver looks like. Our uniforms looked like they were made of Bondo. 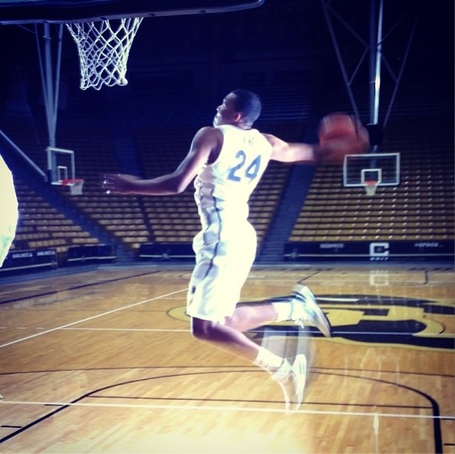 Most importantly, the players are excited. The freshmen would always be excited to finally get their jerseys, but Dinwiddie really has no reason to, other than the fact that it gives an extra level of validation to our program. Are we "elite" and thus deserving of the so-named jerseys? No, but that's hardly a prerequisite. USC has Hyper Elite jerseys. St. John's has Hyper Elite jerseys. This is obviously a somewhat low bar to clear, and we definitely clear that bar, and will continue to do so for as long as Tad Boyle is our coach. Perhaps it even helps in recruiting. Not in the sense that Oregon's Hypercolor football uniforms attract recruits, but just that Uncle Nike thinks enough of us to throw some love our way. And these things do matter. Kansas State went from basically getting an employee discount on gear to getting a substantial sponsorship check right after they signed Michael Beasley and Bill Walker. They know what they're doing. We deserve this. We've earned it. And Spencer Dinwiddie deserves better than going from wearing a top of the line Nike uniform for Team USA to wearing some burlap sacks with holes cut into the sides. 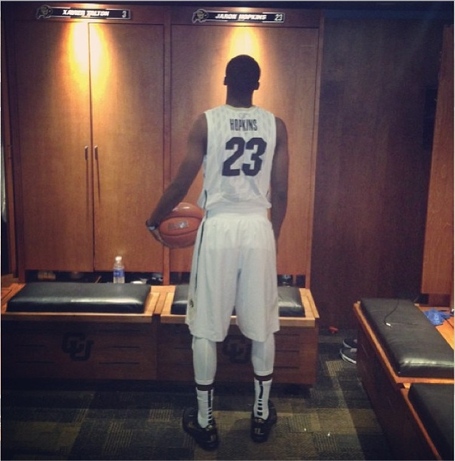 It seems likely that football will be next when our contract runs out after this year; but to be honest, I have very few damns to give. I like our football uniforms just fine (even if I don't buy the nonsense argument that they are in any way "classic"). If new threads help get our players and recruits excited, then good- grand even. But this was my Berlin Wall, and it has finally come tumbling down.