Off the success of the Ralphie Report's preseason football August Blitz (Kudos to Ash), we now present a preview of this year's basketball season(s) with a retrospective of Colorado Buffaloes men's and women's basketball via pocket schedules and media guides. Images are courtesy of Matthew Robins @BupsJones (Me!), a fellow Buffalo and avid pocket schedule collector.

Sincerest thanks to Matthew Robins for his words and pictures... it's almost basketball season! - Ash

Now, let me just preface these posts by saying that I'm no writer. I'm not much of a blogger, either. I like to tweet and I've been known to whip up a good Evite or two in my day, but please bare with me and focus on the photos more than the words accompanying them. If you are looking for a season preview with x's and o's, expert predictions, recruiting analysis, player quotes, Coors Events Center renovation ideas, and all that jazz...well, I'm sure you can get your fill with all of the other great posts on Ralphie Report during the season and of course the other terrific blogs, message boards, radio shows, YouTube shows and Twitter feeds (#GoBuffs #CUBuffs #RollTad "YouCantWinAtAltitude #BlackjackPizza). 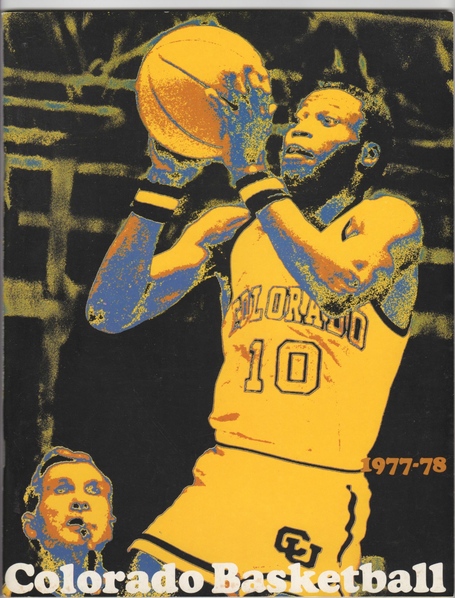 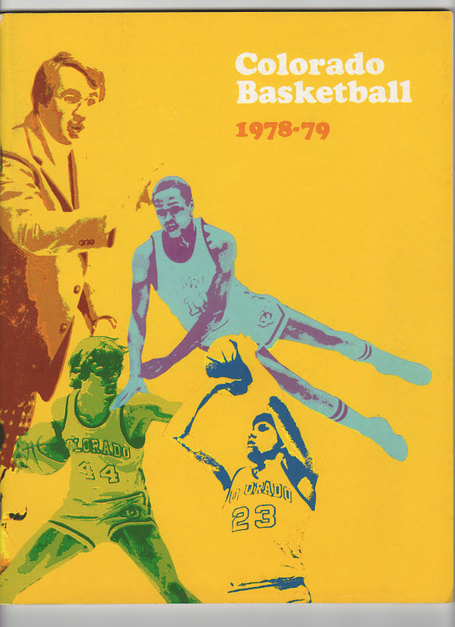 Since I only collect pocket schedules from 1980 (my birth year) to the present, much of this 4 part perspective and preview will focus on the past 30 years or so. But, for those craving a little bit more on the Silver and Gold cagers, just make sure you know these 10 quick hits to let everyone know (or believe) that you've been a die-hard CU Hoops Fan since, well let's just say since before last season. 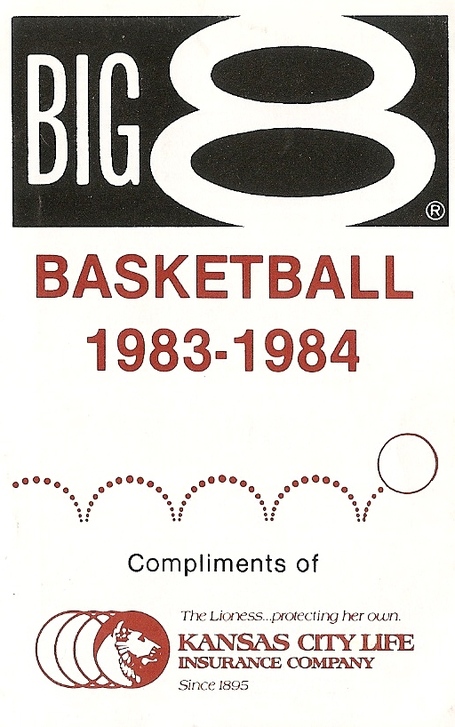 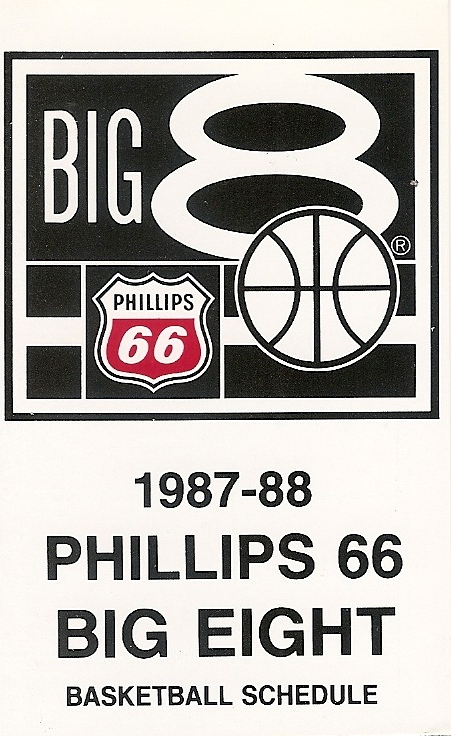 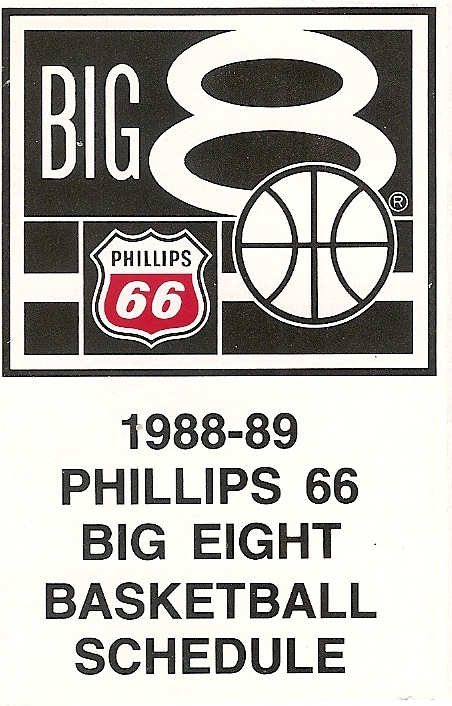 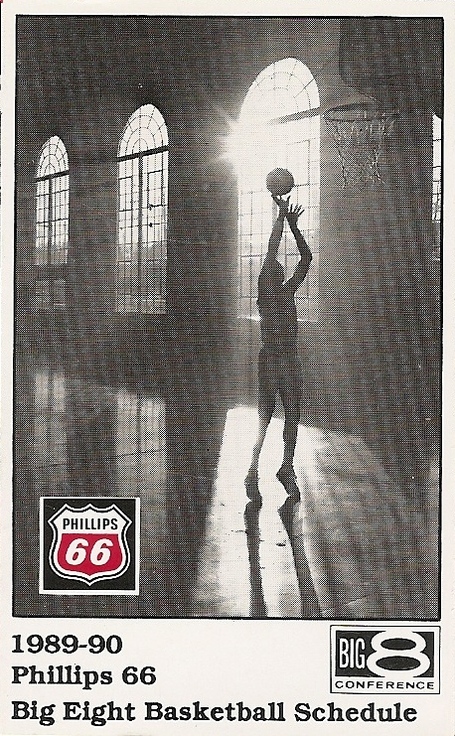 Let's go to the schedules! 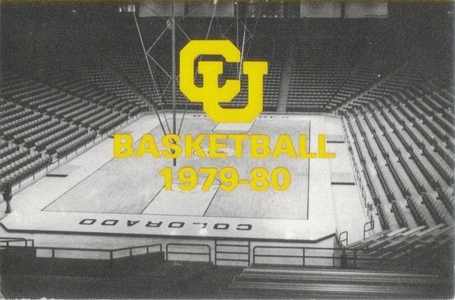 1979-80: Fitting that the image is of our new home, for the past 33 years. You'll notice the Flyaway baskets, which have recently returned. We defeated Russia in the first game played at the CEC, when Russia was RUSSIA, and lead by Junior Jo Jo Hunter, we finished 17-10. 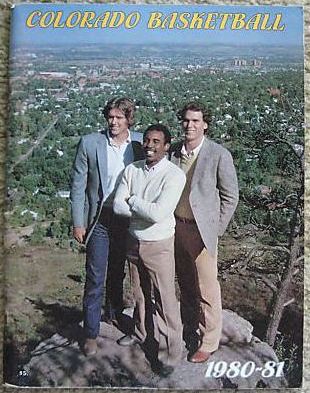 1980-81: I do not have a pocket schedule, sad and fitting, because this was the season where Head Coach Bill Blair left us one week after the season concluded, for the greener pastures of the NBA to become an assistant under Larry Brown (Booooo!), with the Nets. We did finished 16-12, and even scored 118 points in a win over Adams State. 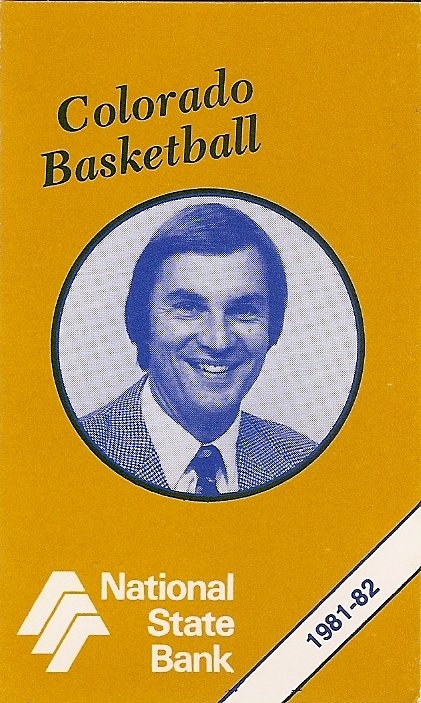 1981-82: Probably my least favorite cover and a tough season to boot. lead by new head Coach Tom Apke, we finished 11-16, though beat Kansas at home with a remarkable performance from Senior Jacques Tuz (why wasn't he on the cover?) who scored 26 points and added 12 rebounds, six assists, five steals and two blocked shots 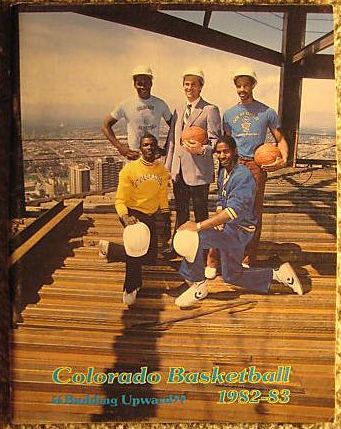 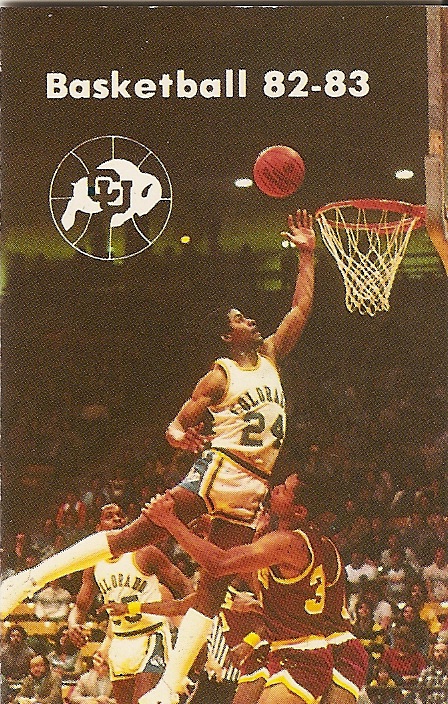 1982-1983: Jay Humphries, a Junior, graces the cover and it was well-deserved. The Junior lead the Big 8 in steals that season and also made All-Conference second team and was an AP All-America honorable mention. The team began 7-0, but only won 6 games the rest of the way and ended with a 13-15 mark. Wish I was at the 1 point road victory over Loyola-Chicago. I was almost 3 years old at the time and lived 15 minutes away. Regrets... 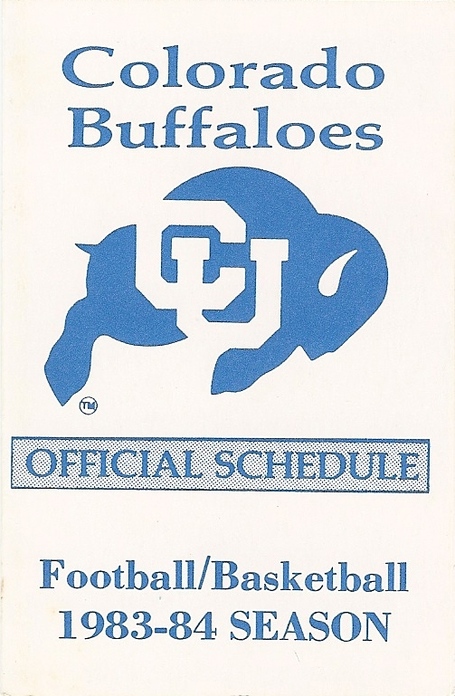 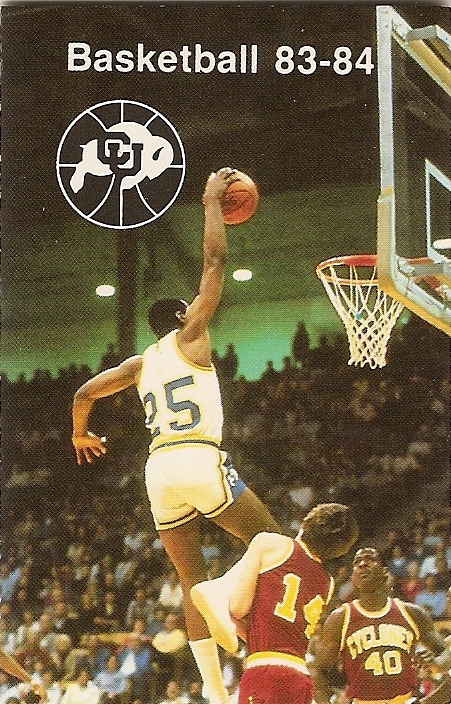 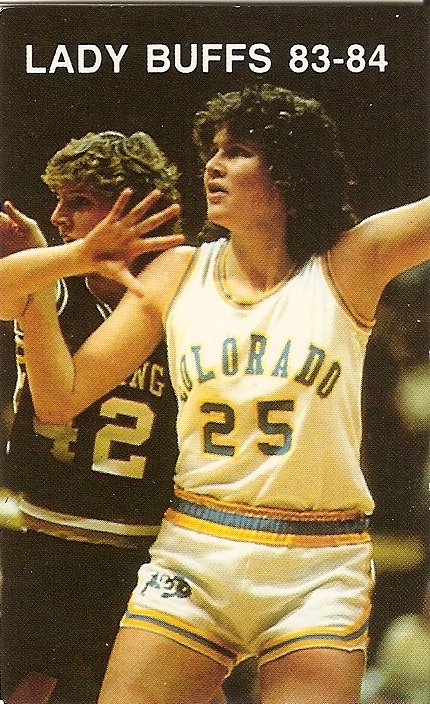 1983-84: Senior star Vince Kelly looking like he's about to dunk over the Flagstaff House! A 16-13 season in which we drew a record 104, 545 fans to the Colorado Events/Conference Center, in 14 games. Looking at the schedule, we played road games at Duke, Iowa and Marquette. We lost all 3, but big time respect for that non-conference road slate. 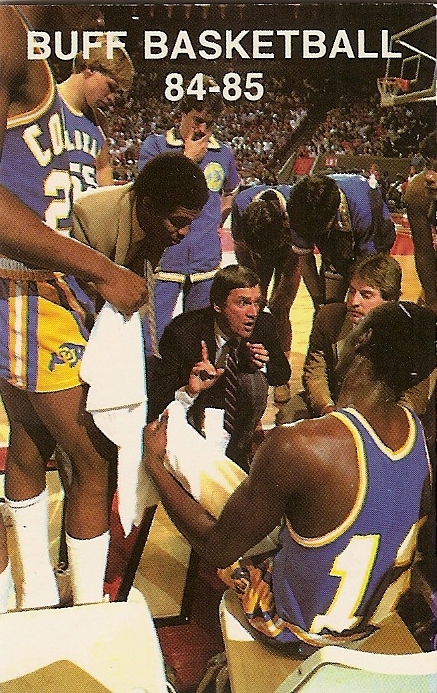 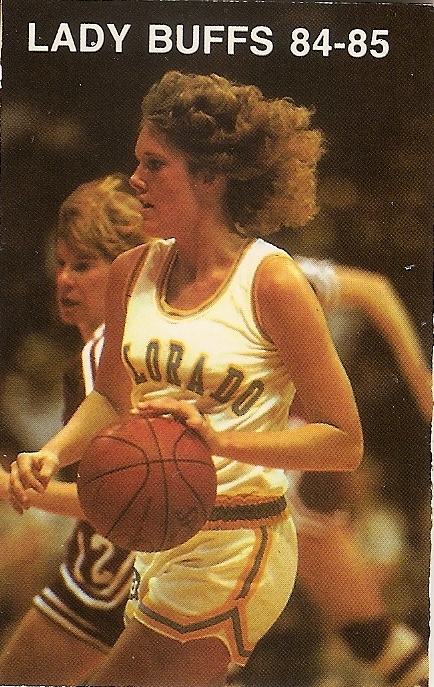 1984-85: A look inside the huddle and CU's Blue Period, which didn't just affect football. This would make for a great throwback, if not for the lean seasons the look accompanied. Junior Randy Downs was the team leader, but the Buffs only could muster an 11-17 record after losing all-everything Jay Humphries the season before to graduation. Next season it got worse.

1985-86: I do not have a pocket schedule, which continues the theme of coaches on the way out. At 8-20, we had our first losing record in our new arena and were the only team in the Big 8 to go winless that season. Coach Apke, 59-81 in 5 seasons, was let go (Peace Out), and never lived up to this New York Times article published upon his hiring back in '81. http://www.nytimes.com/1981/04/05/sports/apke-leaving-creighton-to-coach-colorado-five.html 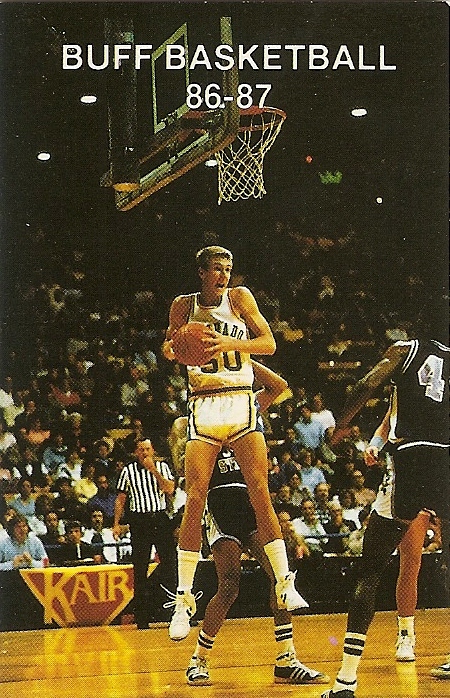 1986-87: Wow! A sophomore on the cover? Matt Bullard, who lead the Buffs is scoring as a freshman, lead his team to an early season victory over Tulsa, with 15 points and 9 assists in the first ever ESPN game for CU. The rest of the season for first year head coach Tom Miller had hardly any other bright spots, as we finished 9-19. We did of course beat Kansas at home. Sucks for them.

1987-88: I do not have a pocket schedule and I'm sort of ok with that. A 7-21 record pretty much sums it up. We did won our season opener to remain perfect in home openers at the Events Center, that is until the following season... 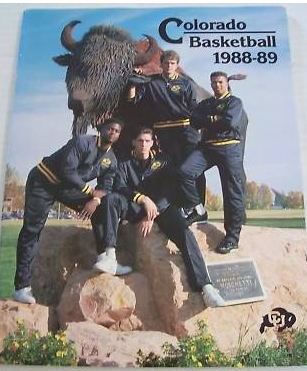 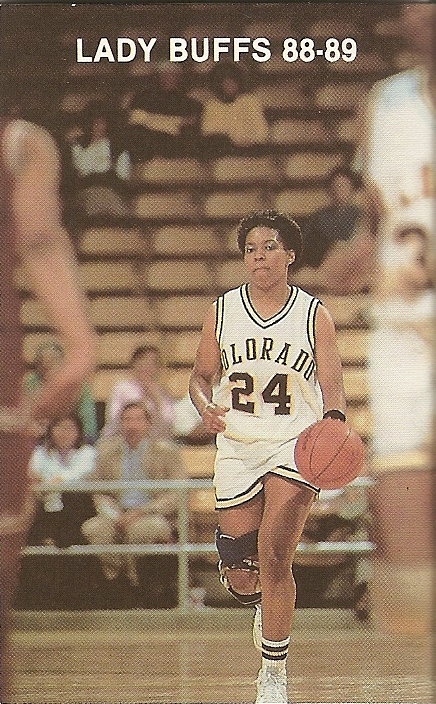 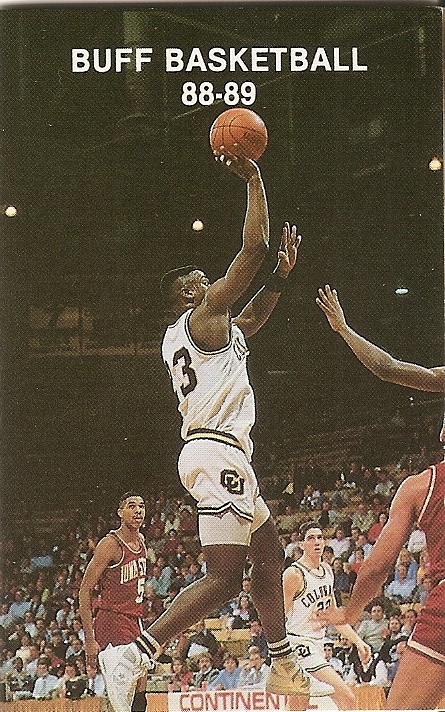 1988-89: Brian Robinson, Senior with the honors, I think. The George Washington (yes, Chauncey's alma mater) product had a couple of great individual efforts in wins against Oklahoma State and Nebraska, but another 7 -21 season ended on an 8 game losing streak. Interestingly enough, the cheapest season tickets were $65 for GA. This season, $60. Amazing. http://ev12.evenue.net/cgi-bin/ncommerce3/SEGetGroupList?groupCode=MB&linkID=colorado&shopperContext=&caller=&appCode= 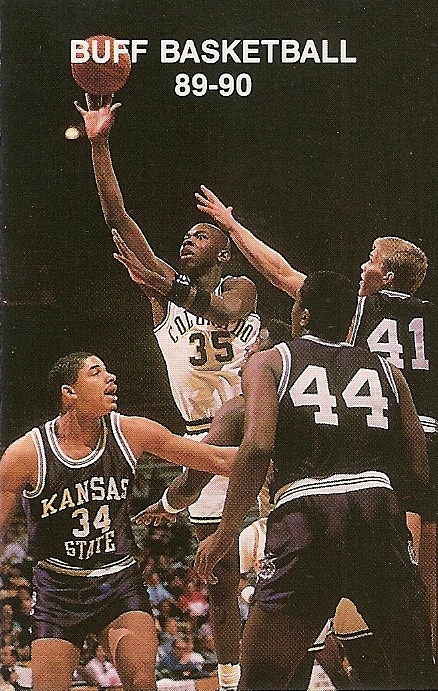 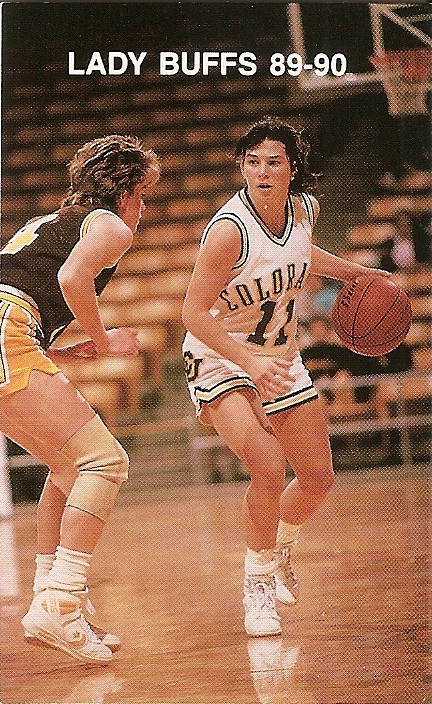 1989-90: Man, the Buffs sure loved the Chicago area products in the 80's as Shaun Vandiver muscles his way between 3 Kansas State defenders to wrap up this decade of covers. While only going 12-18 on the campaign, we made it to the finals of the Big 8 tournament. Though even in a losing effort against Oklahoma, Vandiver was named MVP of the postseason tournament, plus he and teammate and fellow Junior Steve Wise became the only Buffs to ever rank 1st and 2nd as scorers in conference. A nice way to wrap up what was mostly a tough 10+ seasons of CU Hoops.

Coming up next time on Colorado Buffaloes History Through Pocket Schedules: Basketball, we'll take a look at the 90's with silver jerseys, Donnie Boyce (my guy!), and the first Colorado game I ever attended, vs. (drum roll please)... Australia! 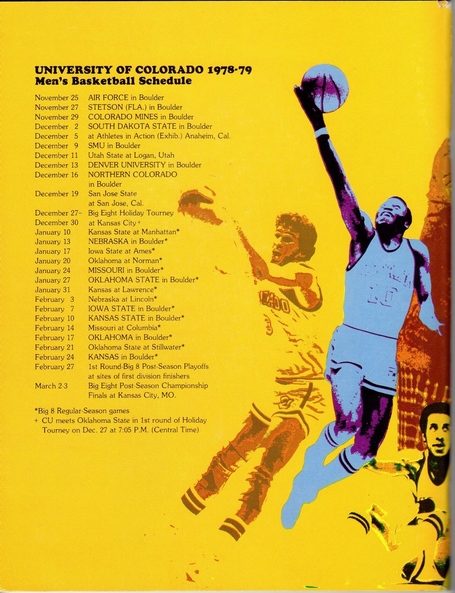