A last look at the Pac-12 before conference play starts

Share All sharing options for: Wrapping Up The Non- Conference Season And Looking To Pac-12 Conference Play

Last year, the Pac-12 was one of the weaker conferences in college basketball. Only two teams even made the NCAA Tournament and Washington, the regular season champion of the Pac-12, wasn't even one of them. Cal was blown out in the first round and only Colorado was able to pick up a NCAA Tournament victory for the Pac-12. Now, thankfully, this year is a little different. The conference has still been disappointing with UCLA and Cal falling to teams like Harvard and Cal Poly at home respectively, but there have also been some very successful teams and surprises. Arizona is the 3rd ranked team in the nation and has picked up some major wins against Florida and San Diego State. Colorado beat three tough opponents, Dayton, Baylor, and Murray State, on a neutral site to win the Charleston Classic. Oregon is 10-2 and had a great win for the conference beating UNLV on the road. Although the conference has been suspect at times this year, there is no doubt that the Pac-12 is much better this year than it was last year.

1) Arizona Wildcats- This one is pretty simple. Arizona is the most talented team in the Pac-12, has a ton of depth, and can play great defense while being efficient on offense. The tandem of Mark Lyons and Nick Johnson can hurt teams in many ways as was evident in their games against San Diego State and Florida and the freshmen big men trio of Kaleb Tarczewski, Brandon Ashley, and Grant Jerrett should only get better going forward. Kevin Parrom provides senior leadership and great play off the bench and you can't forget about Solomon Hill, a Pac-12 Player of the Year candidate, who can beat defenses in every way with his shooting, ability to drive, and overall strength.

2) UCLA Bruins- Without their win against Missouri on Saturday, I'm not so sure I put the Bruins at second. In that win, they showed that when their offense is clicking, they are very hard to stop. Jordan Adams should continue to be a surprise player and Shabazz Muhammad finally is starting to look in shape and be that dominant freshman many believed he could be. The play of Kyle Anderson should also help boost the Bruins to the second spot in the conference. He is putting up 8.8 points per game and 8.5 rebounds per game, and has done a fine job defensively. The most impressive part is that he's done all this out of position playing the power forward spot for Ben Howland. The Bruins still have questions to answer such as their defensive struggles, but with the talent they have, they should be able finish second in the conference.

3) Colorado Buffaloes- This should be the expectation for Colorado fans. They don't have the overall talent to match up with the likes of UCLA and Arizona, however, with Andre Roberson and Spencer Dinwiddie leading the way, Colorado should be able to stay ahead of Cal, Oregon, and Stanford in the conference. Spencer Dinwiddie will have to continue his tremendous defensive play in the conference season and the Buffs will need the same play they've been getting out of Josh Scott to stay near the top of the Pac-12. The problem that has been concerning since day one with Colorado has been the bench. There just isn't much there no matter how you look at it and Colorado will have to rely heavily on their starters. If the Buffaloes can manage to only lose two games at the CEC and win the games they are supposed to on the road, they should be able to end up at third in the conference, which would be another great feat for Tad Boyle.

4) Oregon Ducks- Despite the losses of Devoe Joseph and Garrett Sim, the Ducks have responded as the most surprising team in the Pac-12 so far this year. The freshmen backcourt of Damyean Dotson and Dominic Artis has been key for Dana Altman's team along with the superior play of transfer Arsalan Kazemi. Oregon should be in the thick of things all season long and will continue to need get strong play out of Carlos Emory and Tony Woods. The Ducks are still waiting on E.J. Singler to get back into last season's form, but the way things are going right now for them, they might not need it.

5) California Golden Bears- The Bears boast the best backcourt in the league with Allen Crabbe and Justin Cobbs, but after that, there's not too much that Cal can hurt opponents with. David Kravish and Richard Solomon create somewhat of an imposing front court, yet they lack a scoring punch. Cal also has little depth on their team, but they should remain in the top half of the conference due to Cobbs and Crabbe's ability to control and take over games. 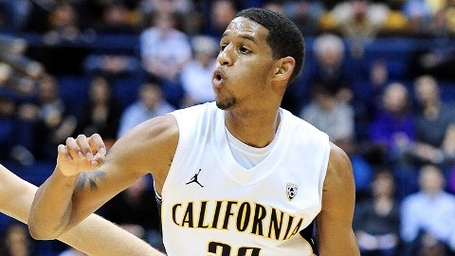 Cal will need Allen Crabbe to keep playing well in conference play for them to have similar success to last year.

6) Stanford Cardinal- The Cardinal had a tough schedule in non-conference play going against the likes of Minnesota, Missouri, and N.C. State, yet there is cause for concern with the disappointing performances thus far this year from Aaron Bright and Chasson Randle, who have both shot under twenty-five percent from three. Up front, Stanford has a nice tandem in Josh Huestis and Dwight Powell, and will need them to keep up their play to make the NCAA Tournament and contend in the top of the conference. Stanford has the talent to finish in the top three of the conference, but they haven't played like that so far, and it doesn't seem like that is likely to change.

7) Oregon St. Beavers- Although the Beavers lost Angus Brandt to an ACL injury early in the year, they have recovered nicely and with the improvement of Roberto Nelson along with the strong play of Devon Collier and Eric Moreland, the Beavers have been hard to stop up front. Ahmad Starks has been suspect so far and Oregon State will need him to have less 2-12 shooting nights like he did in their upset home loss against Towson if they want to have a chance to compete in the upper half of the conference.

8) Arizona St. Sun Devils- Herb Sendek's team has raced out to an 11-2 start, but other than Creighton, the Sun Devils simply haven't played or beat any notable team. The play of freshman Jahii Carson has been a big difference maker for Arizona State as he is averaging 17.7 points and 5.7 assists per game. Carrick Felix and Evan Gordon have both made an impact as well, but Eric Jacobsen or Chris Colvin will have to make their presence known off the bench for the Sun Devils to finish higher than most expect. Despite their strong start, when they start playing against more quality teams in conference play, more losses will come.

9) Washington Huskies- Washington has been terrible so far this year losing at home to Albany and Nevada and also was blown out at home against Colorado State. The Huskies have talent with C.J. Wilcox, Scott Suggs, and Abdul Gaddy, but continue to remain very inconsistent. Lorenzo Romar's team has been dealing with injuries to Shawn Kemp Jr., and Andrew Andrews and should be better off with everyone healthy in conference play, yet still need to do much more to meet expectations. 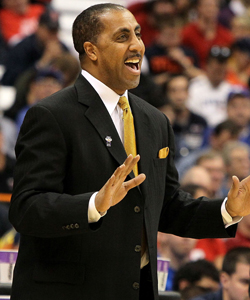 Lorenzo Romar needs his team to play much better during the conference season or his job could be in jeopardy.

10) Washington St. Cougars- The Cougars have a great player in Brock Motum and also have seen steady improvement from DaVonte Lacy. The problem is they just don't have enough talent to get beyond the bottom of the conference. Washington State has shown potential this year losing to Gonzaga 71-69 at home and will have a chance to start off the conference season on a good note as they take on Washington at home in their opener.

11) USC Trojans- Going into the start of the college basketball season, I believed that the Trojans would be better than last year and show some improvement, but they haven't done that at all. Yes, they have had a very tough schedule playing Illinois, Marquette, San Diego State, New Mexico, and Minnesota, but transfers Jio Fontan and J.T. Terell have been unimpressive. They were supposed to be impact players for the Trojans, yet are both shooting under thirty percent from the field. Their recent win overtime win over Dayton leaves hope, but unless there's a major turnaround, the Trojans should be in the last two of the conference for a second straight year.

12) Utah Utes- Although they are likely to finish last in the conference once again, the Utes have vastly improved this year. Last year, they were an embarrassment, and this year they have been much more competitive. The play of freshman Jordan Loveridge has been great for the Utes and gives them something to be excited about moving forward.