Share All sharing options for: Colorado Buffaloes History Through Pocket Schedules: The 2010's 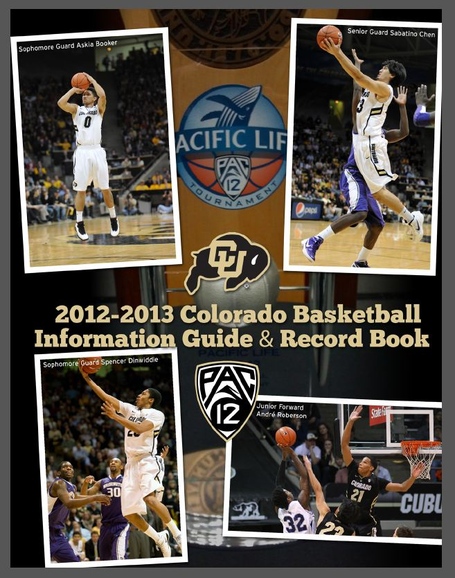 I'm assuming that you all know the current storyline pretty well. The last 2 seasons have been like no other back-to-back in school history, for basketball. A record 24 wins in each of them, postseason tournaments and wins in both (NIT and NCAA), our first year in the Pac-12, while winning the postseason tournament (a feat we had never accomplished in any of the other 6 basketball conferences we were a part of), sellout crowds, new practice facilities, top tier recruits, current students and alums believing that we are a basketball school and one heck of a head coach. Yes, we and you are now in the Golden Age of Colorado Buffaloes Basketball and though brief, it has been extremely impactful and wildly successful both on and off the court. 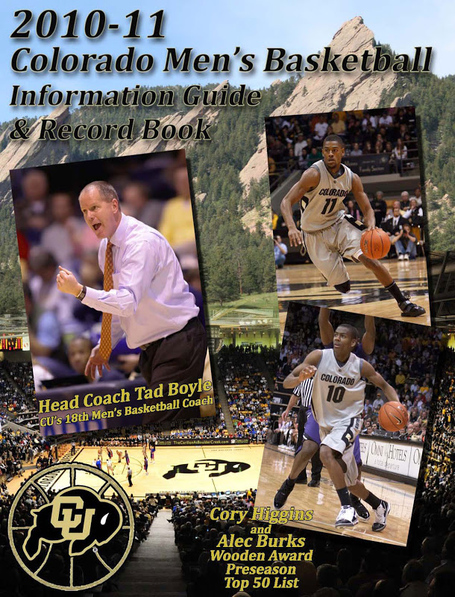 2010-2011: Ranking first in career field goal attempts and second in field goals made, scoring average, 3-point attempts and minutes in game, Senior Brittney Spears and the co-all time leading scored in CU History, Senior Cory Higgins lead the way. The records do not even begin to tell the story of the men's team this season, but I'll share a few. Our mark of 24-14, notched the school record for wins, home wins (18), most home sellout crowds (5), most games played in a season (38), most team points scored (3,805), most 90-pint games (8), most rebounds (1,367), most free throws (679) and free throw percentage (.778)... 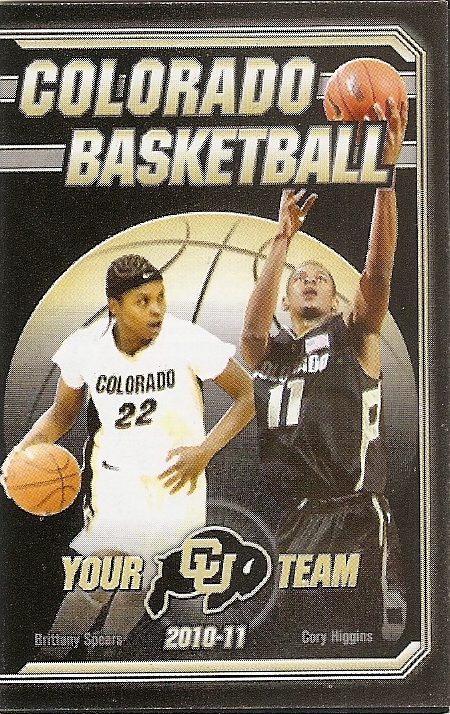 First year Head Coach Tad Boyle lead the Buffaloes to a 5th place finish in their final Big XII season and the NIT Final Four. I never watched so much CU basketball in a 2 month (February/March) span in my life, in the spring of 2011. Were we robbed of an NCAA birth? Probably. Was it pretty cool to have a few home NIT games on ESPN? Absolutely. The crowds were bonkers and because of the snub, the spotlight was on us, and we did not disappoint. Cory Higgins, Marcus Renphroe, Alec Burks and even Shannon Sharpe had highlights late in the season and postseason, setting the table for the following season and possibly years beyond. We all know how great Burks was, but just a couple numbers from his sophomore and final season in Silver, Black and Gold: set the all-time record for most points in a season (779), averaged 20.5 points per game and was named as a unanimous all-Big XII selection. Could it get any better than this? 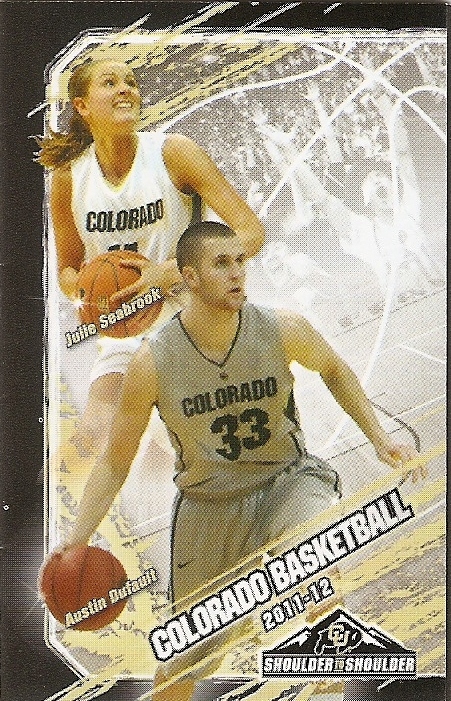 2011-2012: Yes, it got better. Seniors Julie Seabrook and Austin Default standing "Shoulder to Shoulder on last season's cover. Not much or possibly too much to add on the storybook season and postseason just 8 months ago. We made the NCAA Tournament for the first time since 2003, beat UNLV (6th seed), won 24 games (again) - marking the most wins in a 2=year stretch all-time, we won 4 Pac-12 Tournament games in 4 days to take the title and had two winning streaks (6 and 5 games). As for individual efforts, Sophomore Andre Roberson set the CU single-season rebounding record (401) breaking a 58-year old mark, Spencer Dinwiddie (360) and Askia Booker (317) became highest scoring freshman pair in team history (677), Senior transfer Carlon Brown was named the Pac-12 Tournament's Most Outstanding Player, Cover Boy Austin Dufault set the school record for most games played in a career (136) & career conference games played (66) and Dufault and Senior Nate Tomlinson set the school mark for most wins over a four-year career (72-64, .529, 2008-2012). 72 wins in 4 years for the pair, with 48 coming in their final 2 seasons.

Let that sink in. 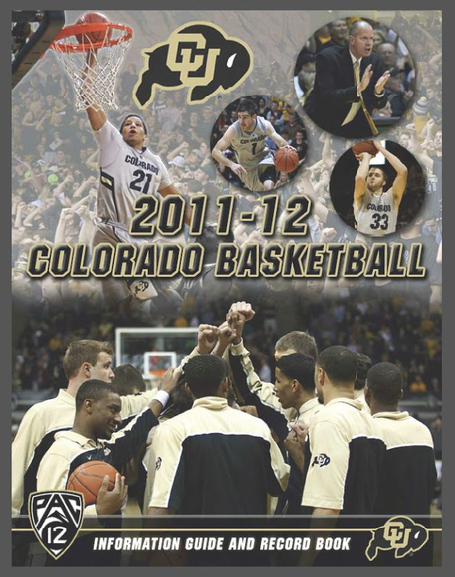 This team, inconsistent at times, was fun, fast, yet disrespected throughout the season, but fired on all cylinders in March. I can't remember the last time I watched a team as enthusiastically as I did these Buffs in the Pac-12 Tournament and then in the NCAA Tournament. It was a different feeling that I had when I went to games as a student for basketball or football, a different feeling than the 2001 Big XII Champion (still remember those Dr. Pepper commercials during every break in action)/Fiesta Bowl football team and definitely a different feeling than for any professional team I support. This was Colorado Buffaloes Basketball in their most exciting, dramatic and successful time, and I'd love to say, because I strongly feel, that it's here to stay. 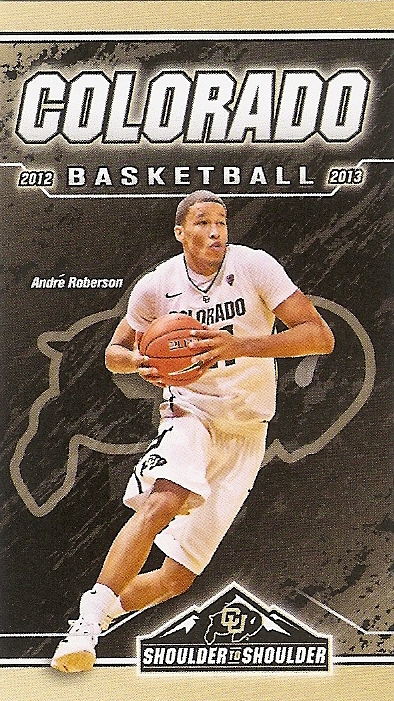 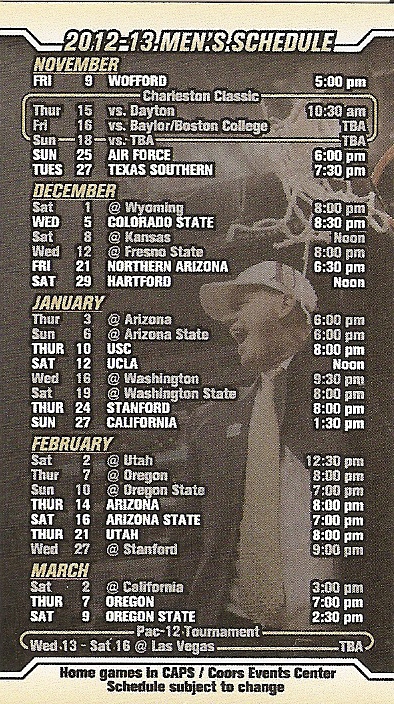 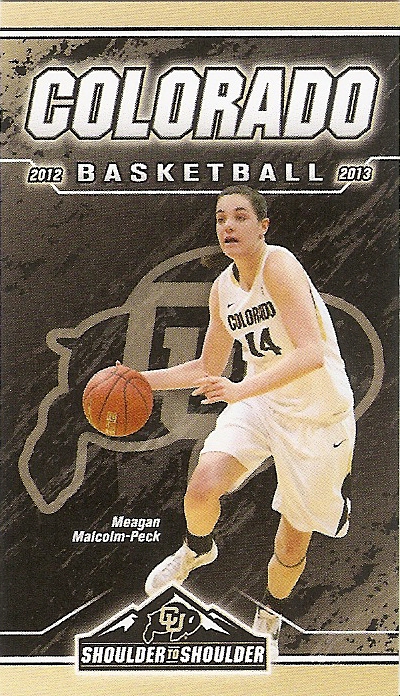 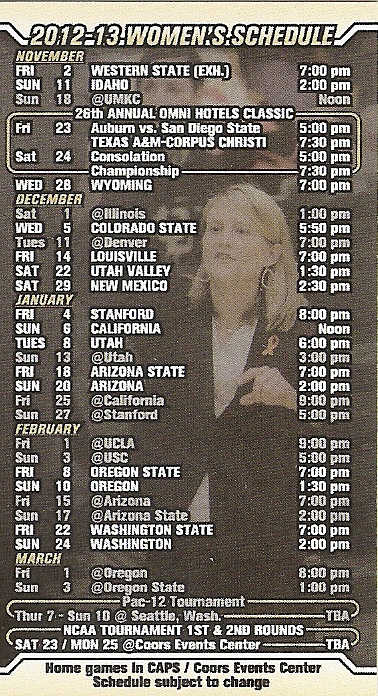 2012-2013: Back to 2 schedules for each team? As a collector and fan, I love it. Junior Andre Roberson and Senior Meagan Malcom-Peck in their home whites. Now, as I stated in Part 1, I'm no expect when it comes to breaking down basketball, I'm just a huge fan of the sport and of my alma mater. If you are looking for some hard hitting season preview, player and team scouting reports or number crunching statistician, check out the other wonderful posts this week on Ralphie Report and in the other solid CU blogs, message boards and even check out the some previews on CuBuffs.com, including the Information Guide (pictured above).

I will say this: both the men's and women's teams will be dancing come March.

I believe that the men's team is better than last season's because of tournament/post season experience, more athleticism and being comfortable under Tad Boyle's system for a 3rd season. I know we have a tougher schedule, may not surprise as many teams, lost a few great leaders, went on a magical run to end the year, etc. but I see the surprises coming in the regular season for us this time around and come March, we will not be sneaking up on anyone. I look for this team to win 22+ regular season games and finish 3rd in the Pac-12 Conference. I also see us making it back (not winning) to the Pac-12 Tournament Championship Game and as I wrote earlier, becoming the first Colorado men's team in school history to make post season play 3 consecutive seasons. I see Boyle receiving that contract raise/extension he so richly deserves, I see 10 sellouts at the Coors Events Center and here is the wildest prediction of all: I see Andre Roberson retuning for his senior season in Boulder. Why not?! 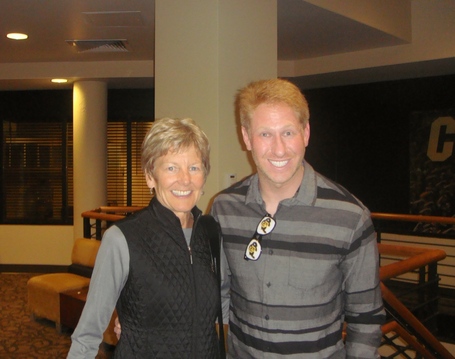 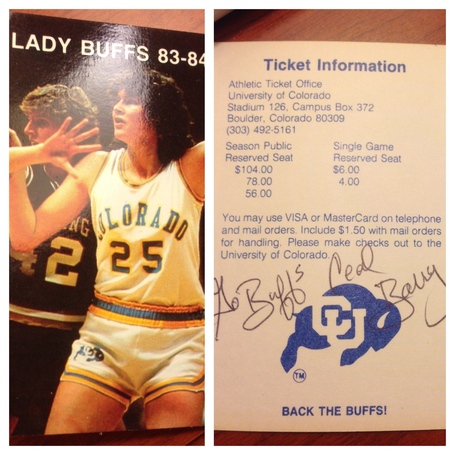