Share All sharing options for: Ranking The Colorado Buffaloes 2011 Schedule

We have talked all off-season long about how hard the Buffaloes schedule is going to be for this program in transition, but it's the schedule they were given and it's the schedule that they have to play. So instead of comparing the schedule to other Pac-12 and BCS teams, it's now time to break it down game by game, from the least challenging (because there is not an easy game on this schedule) to the most.

13) Colorado St. Rams (Sports Authority Field), September 17 - I waffled for a while on whether or not the Buffaloes least challenging game this year would be the Rams or the Cougars. If this game was in Boulder, then it wouldn't have been an issue, but just because the game is at a neutral site doesn't mean that it's the same as a road game. While the Rams will be improved this year and they always play this rivalry game tough, the Cougars have the better quarterback and a rapidly improving squad.

12) Washington St. Cougars, October 1 - While this may be the most winnable conference game on the schedule, it's not going to be quite the cake walk that it has been in recent years. Many pundits have actually picked the Cougars to pull off the upset in Boulder and if that turns out to be true, batten down the hatches because we are in for a very long year.

11) California Golden Bears, September 10 - I circled this game last year after the Buffaloes were out-hustled, out-strategized and out-classed in last seasons 52-7 debacle. All that we have heard about this match-up is "home-field doesn't equal a difference of 45 points" and that California should once again have their way with Colorado. As Bob mentioned in last week's podcast, if the Buffs can roll into week two off of a victory in Hawaii, this will be one extremely fired up team.

10) Arizona Wildcats, November 12 - If you like high scoring games, this may be the one to make sure you don't miss. Even with two and half months of experience, the Buffaloes' young secondary is going to be significantly tested against this high-octane passing attack. Much like the Southern California game, weather conditions could play a huge factor here.

9) @ Hawaii Warriors, September 3 - We've already talked about this game a ton (with plenty more to come this week) because it's the first and quite possibly, most important game on the Buffaloes schedule. Not only is it a road game, but it's a road game on opening weekend in a notoriously tough place to travel to. However, a lot of the "mystique" that has been built up about playing in Honolulu is due to teams scheduling the Warriors during the last week of the season, often when there is nothing left for the road team to play for. Prolific quarterback Bryant Moniz returns for Hawaii, but not a whole lot else. 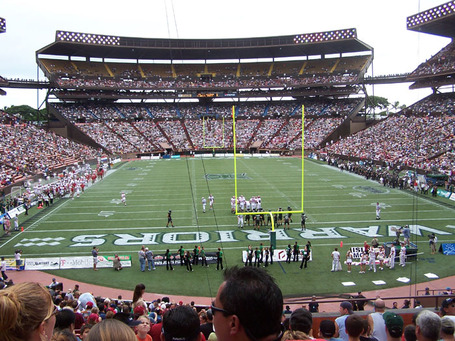 8) @ UCLA Bruins. November 19 - Outside of the payback game with California and the "new rivalry" game with Utah, this might be the game that Buffs fans want the most. Rick Neuheisel is still the Bruins coach and a late season win in the Rose Bowl could potentially be the difference between the Buffaloes making a bowl game or not. Predictions for this team are all over the place, from last in the South, to Kirk Herbstreit picking them to win the division. 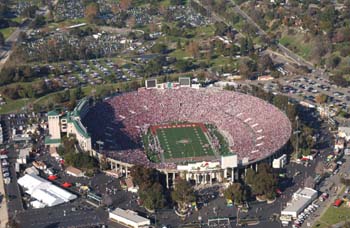 7) @ Washington Huskies, October 15 - The Huskies are a bit of an unknown this year and could shoot up this list with strong play from new quarterback Keith Price. Chris Polk is a stud and Husky Stadium can be a very tough place to play. That being said, the Buffaloes match up well and we have seen plenty of teams take care of business in Seattle lately (see, Nebraksa). 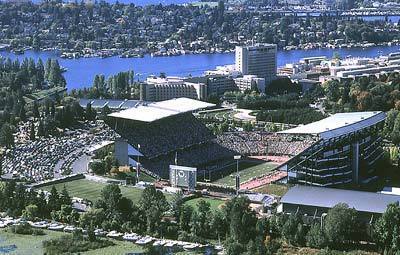 6) @ Arizona St. Sun Devils, October 29 - The Sun Devils are everyone's preseason darling's in the Pac-12 South division but they have had a ton of crucial injuries over the course of the offseason. The week two game against Missouri in Tempe should give us a good idea of what to expect when we head to the desert. The last time the Buffaloes traveled to Arizona State they fell 33-14 in a game that fans said was excruciatingly hot. We won't have to worry about that for this Halloween weekend scrum. 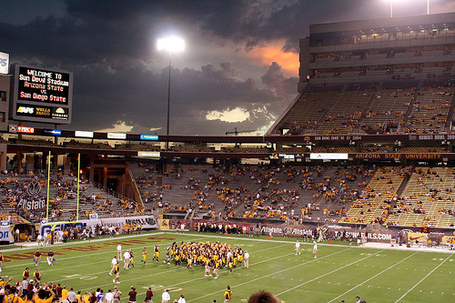 5) @ Utah Utes, November 25 - While the stakes will be high in this game no matter what, if the planets align correctly this could end up being huge. If bowl hopes are on the line for one team when these two new members of the conference meet at the end of the season then it will this will be fun. If a bowl berth is in play for both team, well ladies and gentlemen, you will witness the berth of a great new rivalry.

4) USC Trojans, November 4 - This one is going to be a lot of fun. The Trojans come into Boulder for a Friday night game on national television. When I checked nearly three weeks ago every hotel in the area was already sold out. Let us cross our fingers for an early season blizzard that will welcome our new division mates to Colorado with blowing snow and frigid temperatures.

3) @ Ohio St. Buckeyes, September 24 - In week four, the Buffs head to one of college football's hallowed grounds to take on an Ohio State team that will have had three games to break in the new starters in place due to the suspensions that occurred over the offseason. They have a new head coach and will be coming off of a road game against the Miami Hurricanes (insert awesome nickname here). If CU is entering conference play off of a win in Columbus then excitement around the program will be at a high not seen in years. 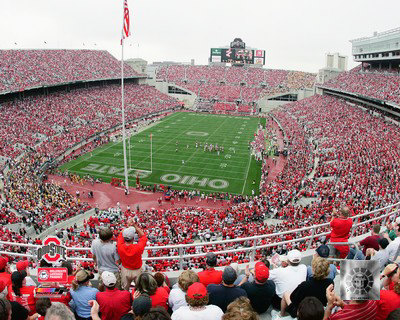 2) Oregon Ducks, October 22 - Look on the bright side, at least we don't have to go to Eugene this season...

1) @ Stanford Cardinal, October 8 - Ouch, this could get scary. You know, there's a pretty decent chance that with a few lucky bounces this could be a 4-1 Colorado team heading to Palo Alto to take on a team that should be undefeated (unless they somehow fall in the desert to Arizona). That would get the Buffs some decent attention huh? At least before the game is actually played. Even though they are listed at number one, the Cardinal don't have the home field advantage that teams like Oregon and Washington enjoy. Even still, it would take a monumental effort from the Buffaloes to make this a game.