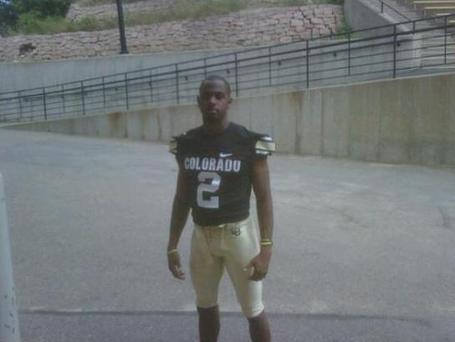 New Buff wide receiver Travon Patterson has given us a look at the new uni's on his twitter feed. This is the first good shot that I have seen of the Buffaloes home uniforms for the 2010 season. They are throwback uniforms from the 1990 National Championship run. I think these are fantastic and I'm really pumped that they are wearing them for the entire season instead of just a single game. Return to greatness!
Also, for those that haven't seen them, here is a good shot of the away uniforms from fellow new receiver Paul Richardson's twitter. 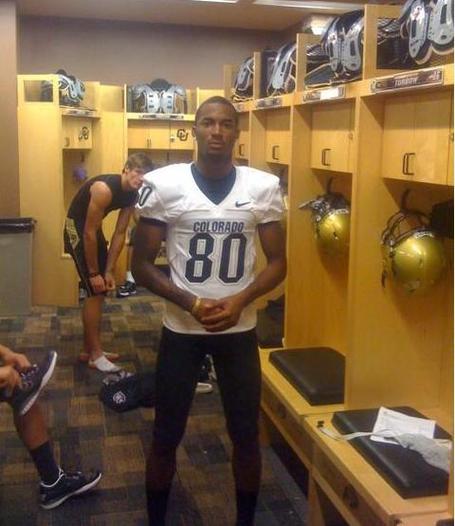