Share All sharing options for: Current Northern Colorado Coach Tad Boyle Will Be The Colorado Buffaloes Next Head Coach 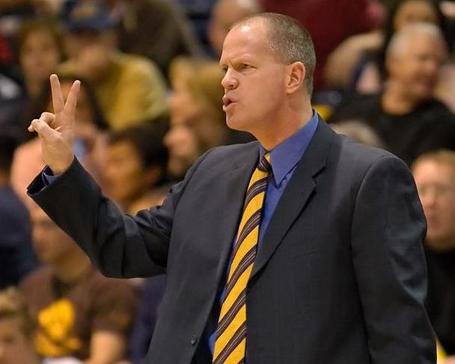 The Boulder Daily Camera is reporting that current University of Northern Colorado Head Coach Tad Boyle will be named the next Head Coach of the University of Colorado men's basketball team. Boyle, a Colorado native has coached the Bears for the last four seasons, taking a team that finished dead last in the country in the RPI rankings to a second place Big Sky conference finish this past season. He played under Larry Brown as a Kansas Jayhawk, captaining the 1984-1985 squad. Tad was an assistant under Mark Turgeon at Wichita State, helping to coach the Shockers to the Sweet 16.

I know that a lot of Buff fans were hoping to see McClain get the offer, for the main reason of keeping the continuity on the staff (and hopefully securing Burks and Higgins for next season), but I have also heard many realize that we were not going to make a splash with this hire and we needed to go after an up and comer as opposed to a "retread" (and no, I am not calling Steve McClain a retread).  Well, Boyle certainly qualifies as and up and comer and I am sure that his contract will not be stretching the athletic department budget more than it already is. While it certainly remains to be seen how well he will fare on the recruiting trail, we should find out pretty quickly as he needs to immediately make sure that we get Alec Burks and Cory Higgins back for next season.

What does everyone think?