Continuing our look around the Big 12 2009 recruiting performance (click here to view the Kansas Jayhawk review if you missed it), Corn Nation, the SBNation blog writing about those Huskers, graciously provided us with some answers to our questions. Their have been varying opinions of Nebraska's overall class. Some like Stewart Mandel of SI.com have called Bo Pelini's first class the biggest disappointment of the season mostly because Pelini could not match Callahan's top 5 classes that he was able to recruit in his tenure. Others think the 28th ranked class according to rivals was just fine. It is fitting that Bo (not Pelini) from Corn Nation provided us with this breakdown. Bo says that the Huskers did not receive a commitment for the last two months...what would we have done if that was CU! Let's find out what the experts from Corn Nation have to say: 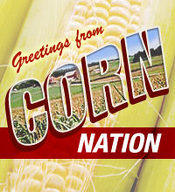 The Ralphie Report (TRR): With some commentary, grade your coaches' performance this recruiting cycle?

Corn Nation (CN): The Husker coaches brought in some talent, but really closed the recruiting cycle with a bit of a thud.  We had exactly one commit over the last two months.  Apparently there were also a few recruits who really liked us, but we got in on too late.  Myles Wade, the defensive tackle who committed to Texas Tech seemed to show some interest in us, but in the end, didn't want to delay his signing.  Why we waited until late January to really pursue him is beyond me.  As far as a letter grade, can't give them much higher than a C+

CN: Linebacker and defensive line were two huge needs, and we hauled in two linebackers, and three defensive lineman.  Not terrible, but a head coach who made his bones as a DC should be attracting some of the better defensive players in the country.

CN: Quarterback Cody Green has a chance to be very special, and with his ability to run AND pass, teamed with an open roster spot at quarterback for us next year, could POSSIBLY be a starter his freshman season.  He's also already enrolled, so he'll get the benefit of a full spring practice in the system.  Rex Burkhead is an all-purpose back who could see some action next season, much like Michigan's McGuffie saw this year.  Won't get 20 carries a game, but 5-10 carries, along with passes out in the flat, and some return duty might be a possibility.  Jason Ankrah is a DE that could see snaps as a freshman as well.

CN: There were two defensive lineman I wanted, and seemed like we could have had them, had the coaches worked just a bit harder.  Jason Pierre-Paul was a d-end who ended up committing to South Florida (despite being from Kansas) who would have had a chance to start for us next season.  Myles Wade was the other.  A four star defensive tackle who actually said the night before signing day that he was going to delay his signing and visit Nebraska.  He ended up signing with Tech afterall.  That stung.

CN: Taylor Martinez is a three star athlete we signed out of California who played quarterback in high school but who the coaches think projects as a division 1 defensive back.  He might turn out to surprise some coaches and actually play some quarterback.  He could also turn into a pretty good college safety.

TRR: I know it's early, but what are the biggest needs to be filled with the 2010 recruiting class?

CN: Wide receiver.  We have quite a stable of good, but not great receivers.  Since Nebraska has transitioned over to a passing offense we have not had a game breaker who other defenses feared.  That should be the #1 goal of the 2010 recruiting class, and with the numbers our quarterbacks are putting up without that gamebreaker, it really shouldn't be as difficult as it has been to lure one here.