Share All sharing options for: The Buffalo Tennis Team Returns From Stanford

As I was sitting in the San Francisco airport last night waiting for a flight that was coming way too quickly and starting to get very worried that my beloved Steelers were going to let our 6th Super Bowl title fall to the upstart Arizona Cardinals I happened to run into some Buff athletes who were about to board the same flight back to Colorado.  Hopefully some strange guy approaching them with claims of a Buffalo website, asking for a photo with the team wasn't too stalker-esqe.  After the girls agreed to a pic I had to sheepishly admit that there hasn't been a whole lot (none...) of CU tennis coverage on The Ralphie Report, something that we decided I needed to rectify as soon as I returned home. 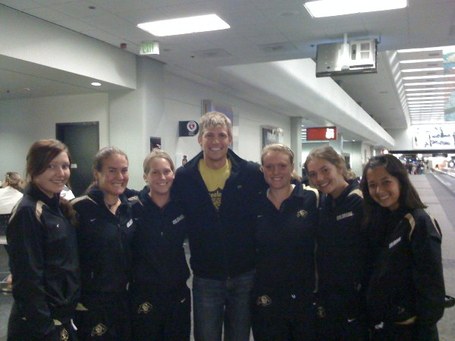 Coach Nicole Kenneally and the Buffs were returning from Palo  Alto after playing two hard fought matches on Friday and Saturday in near perfect sixty degree weather.  On Friday afternoon Colorado (ranked 51st in the country) dropped a 6-1 decision to the #5 Stanford Cardinal.  Freshman Ania Anuszkiewicz’s singles victory scored the team’s solo point  over Veronica Li. Saturday the Buffaloes scored an upset over #38 UNLV 4-3. After trailing 3-0 after the first three matches the Buffs were able to rally and notch the score at 3-3.  Junior Camila Belassi put CU over the top by  rallying to take the final match in a tiebreaker.

The girls have a match against Boise State in Boulder on Valentine's Day and will take on DU in Denver on February 28 before the start of Big 12 play. Check out the full schedule here  and get out and support CU!

Ladies, good luck to you the rest of the season! 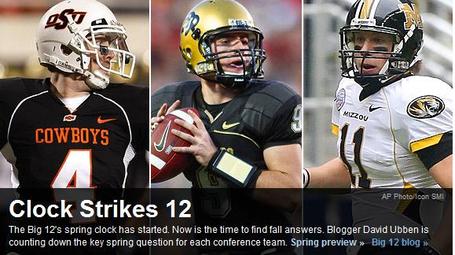