In continuance of our recruiting weekend preview (part 1 and part 2), here are the next four players that will be in Boulder. I plan to have the final three players up sometime tonight or tomorrow morning. I wouldn't be surprised if the Buffs have more than 11 visitors this weekend. Let's get some commits! 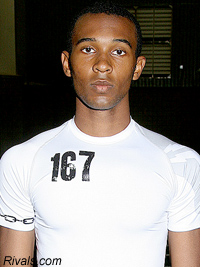 Commentary: Crafty, great body control and smart...that is the best way I can describe Ussery. Yes, he doesn't jump of the screen at you like a Diante Jackson does. You won't see Ussery blow past anyone in his highlight films but neither does Hines Ward or other successful receivers who know how to use their body and manipulate the defense. Ussery has great size, hands, is a good route runner and plays concise football. He does everything well but he is not ranked higher because he lacks that "wow factor." He just does his job and moves the chains. He will be a consistent receiver at the next level, something the Buffs would like to have in their system. He ran the spread in high school which was predicated on quick passing and getting the ball out of the quarterback's hands. I like what Ussery brings to the table especially with a possible compliment to Diante Jackson or Andre Simmons. If he adds some weight, he could be a beast over the middle. He truly is a very smart kid in the classroom as you can tell by his offer list. His dad is the president and CEO of the Dallas Mavericks. Watch out for OU with Terdema. If he doesn't pull the trigger quick after his visit, he is weighing that potential option.

see more prospects after the jump... 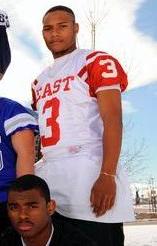 Commentary: Another player who has a ton of potential. Something seems to work when you put a basketball player in a tight end position. Now he just needs to continue to bulk up and focus on everything that involves being a tight end including blocking. Not a lot of highlights showing him run blocking. Anybody who has seen Thornton play loves his athleticism and can picture him making big catches for the Buffs. He just needs to round out his game and dedicate himself to being better. Hopefully the kid has the right attitude to improve at the next level because he sure has the raw skills. Would like to see him put on 25 pounds. Definite redshirt candidate. He should be a Buff. 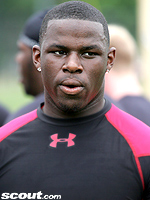 Commentary: Another athletic looking linebacker. Looks small out there but is well put together. He is short, no denying that but every camp he has gone to, he has stuck out and shown good athletic ability. Personally, I would like to see him play safety. He moves well laterally and displays good instinct but sometimes gets lost in the shuffle. At safety, he would be allowed to do what he does best: roam the field and make tackles in space. Cabral or Brown will be able to mold his athleticism to be a productive player if he chooses Colorado. 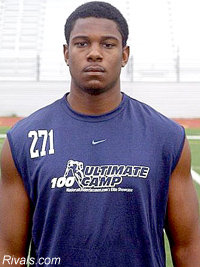 Commentary: I can't find any film on West to evaluate him but he does pass the eye test. He is under the radar because he tore his pectoral muscle his junior year and couldn't play a down. He does have a good amount of interest from Penn State and Boston College. He runs a 4.8 forty so he has decent speed for a weakside end. I can't imagine that CU would recruit a prospect in Connecticut without him having some talent and a valuable asset at the next level. He is quoted as saying that his strength is getting to the quarterback which is something the Buffs need. When I get more information, I will pass along. He is also a basketball player.

One more preview to go...