And In One Day, Defensive Line is No Longer a Problem - Edward Nuckols Commits

Share All sharing options for: And In One Day, Defensive Line is No Longer a Problem - Edward Nuckols Commits

Nick Kasa wasn't the only big commitment today. Two potential All Big 12 players in one day is unheard of, especially on the defensive line. Notice anything good on the rivals.com commitment list other than Nick Kasa?

Is this one of the best days in Buff recruiting ever? It has to be up there. Not a bad day of work...adding 8 stars, 570 pounds and 12 feet 9 inches. Glorious!

Congrats to Dan Hawkins and the entire staff. Once again, Hawkins has made us believe again and now, if these two men can provide instant success on the field, the Buffs are closer to regaining Big 12 North dominance.

Welcome Ed Nuckols and Nick Kasa...the pieces are in place. 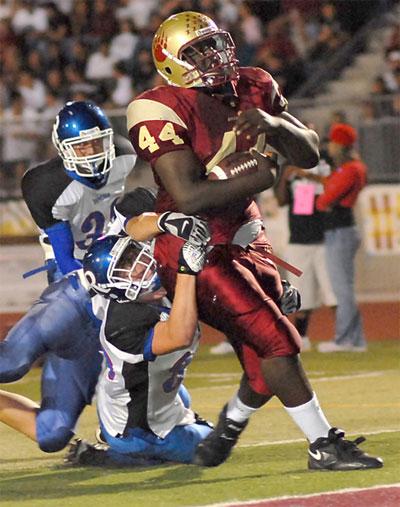 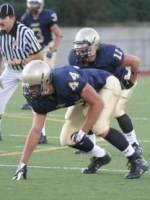 More on DT Edward Nuckols from an earlier post I did when he visited October 3rd.

Commentary on Nuckols: Probably one of my favorite recruits for the Colorado Buffaloes this cycle. I think this kid has great potential. As ESPN says "He is an athlete trapped in a big man's body." Nuckols is nimble enough to line up at running back in goal line situations which is always impressive for a big guy. Of course, a common criticism of all big men is keeping his pad level down but like I always say, that is something that can be taught be a good positional coach in college. ESPN has him ranked as the 12th best DT prospect while Rivals has him at 25. You can tell this kid is strong and has the ability to be very disruptive. Getting Nuckols and Kasa in this years class would go a long way in adding strength and speed to a rather non-impact defensive line currently at CU.

It is that "bowling ball" shape to Nuckols that makes him special. The low center of gravity makes up for some of his shortfall in pad level. Definitely what separates Nuckols from other big pluggers in the middle is his athletic ability. Sort of like a Warren Sapp, he is just a run stopper but can play a role in getting pressure on the quarterback; something the Buffs absolutely need.