Pictures of the Visiting Recruits Yesterday

Share All sharing options for: Pictures of the Visiting Recruits Yesterday

So I managed to get really close to the recruits yesterday. Yes, I felt weird snapping pictures of 18 and 19 year old guys but hey, its for the blog. I could only recognize 4* DT Latu Heimuli, 3* OL Nik Abele, 4* WR Diante Jackson, 5* Nick Kasa and 4*/3* LB Michael Clay. The other two recruits that visited yesterday were 4* DB Bradley McDougald and Athlete Deji Olatoye. Diante Jackson was wearing a #8 Raider shirt with Culpepper's name on the back. He immediately was dropped to a two star recruit for me! Most impressive recruit in regards to size was definitely Nik Abele who is built like a brick and tall. He made Nick Kasa look small and that is hard to do. Kasa is supposed to be 6'7" and Abele is every bit as tall. Latu Heimuli looked wider than he did tall. He looks the part of the #1 run stopper in the nation. Sorry for the picture quality. The iphone isn't quite there yet and I was definitely kicking myself for not having a good camera as they were right in front of me for pregame. 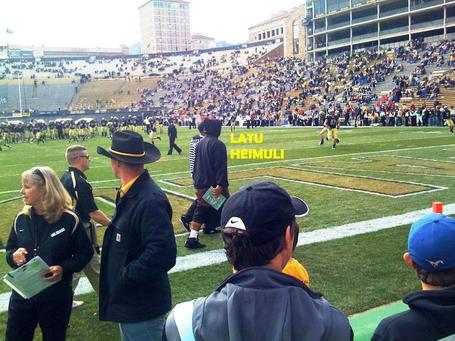 Latu Heimuli walking across the endzone. He was wearing shorts and a hoodie. I guess you can do whatever you want when you are a commodity. I was either walking with 4* DB Bradley McDougald or Athlete Deji Olatoye. 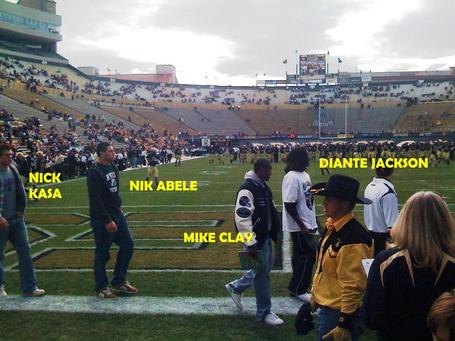 See more pictures of recruits after the jump... 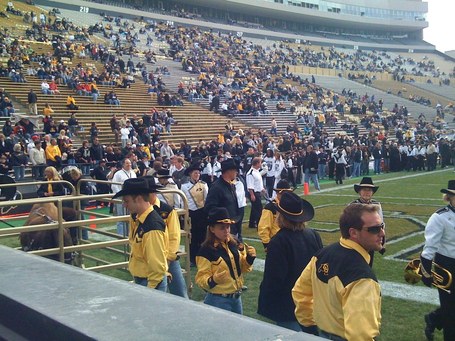 Stands and Ralphie. Diante Jackson and Michael Clay are in the background but it is hard to see. 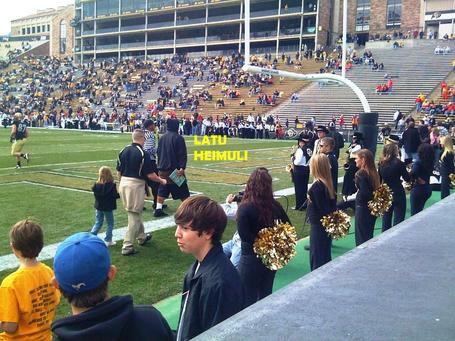 Latu Heimuli walking in the endzone. 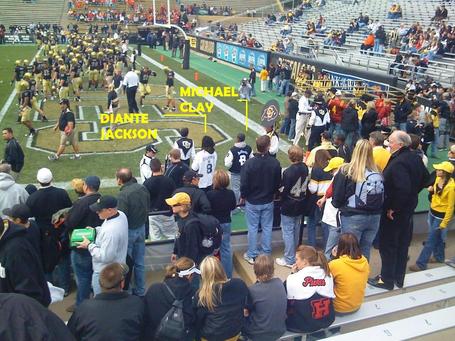 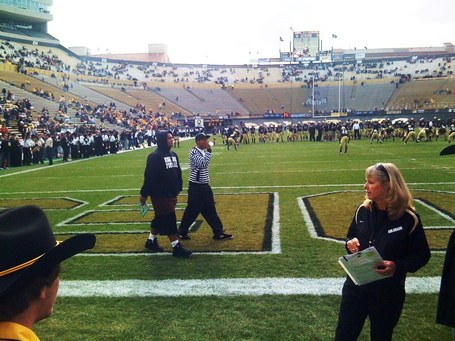 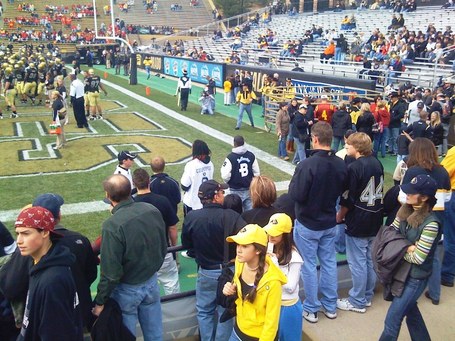 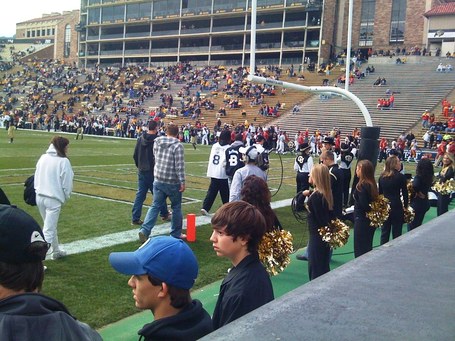 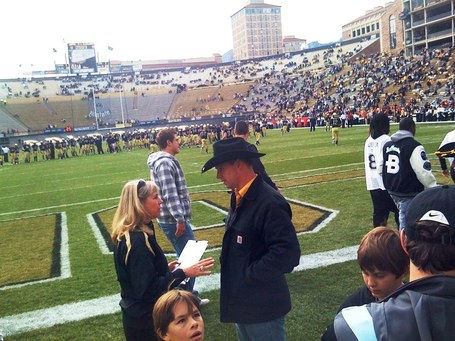