The Ralphie Report has an update on this big recruiting weekend as the Colorado Buffaloes host the Texas Longhorns. Wide receiver Diante Jackson will not be making the trip out to Boulder due to illness. No definite answer on whether he will reschedule. Jackson took an unofficial during preseason practices this year so at least he has seen the facilities and met with the coaches in Boulder. You can read Diante Jackson's profile here.

The Buffs have another recruit attending, though, that was previously not known. That recruit is DE Matt Garin meaning CU will still have 10 total commits and recruits in attendance this weekend. 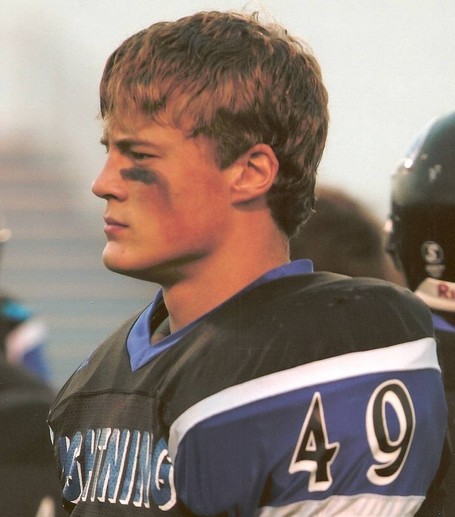 Commentary on Garin: For a kid that has been recruited pretty hard by a lot of schools, there is little information about him. Rivals is really high on him, ranking him as the #29 weakside defensive end in the country while scout.com and ESPN have him in the 100's. I think I will go with Rivals take on him considering he is being recruited on both coasts and by big time schools. First thing that jumps out at you is he slightly undersized at 220 lbs but is quick, running a 4.6 forty. The sources like his motor, technique and leverage. Whenever you hear a scouting service list technique and leverage as an attribute, you immediately know the kid is a player as those are two characteristics that usually need work in college. The big thing for Garin is to get in the weight room and add strength so he can rely less on his speed to beat offensive tackles. At the next level, they only get faster. Solid prospect. A good solid redshirt year will do wonders for a kid like this.

For more on all the recruits coming to Boulder this weekend, check out part 1, part 2 and part 3 of the recruiting circus. Here is the final list of attendees: