The Ralphie Report Halloween Special: What are the Big 12 North Coaches Wearing This Year?

Share All sharing options for: The Ralphie Report Halloween Special: What are the Big 12 North Coaches Wearing This Year?

Now to the Big 12 North. The Big 12 South has the most characters as you can tell from our first Halloween party post. You can't go wrong with Mike Leach and Mack Brown. Bob Stoops as a rapper! Tell me where to sign so I can see that. The North still has some crazies and although pretty predictable, should still give the South a run for their money:

Big 12 North front runner, Gary Pinkel from Mizzou will aid Bob Stoops during the Karaoke segment of the Halloween party, as Pinkel's costume of choice is: 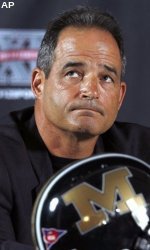 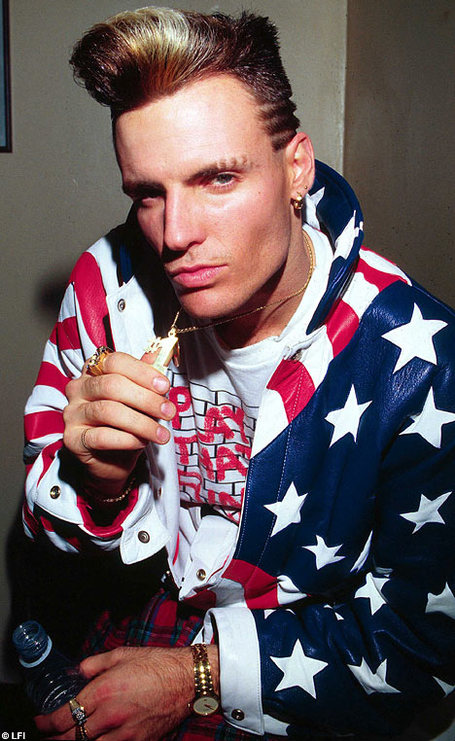 Vanilla Ice. Is there a bigger one hit wonder than Vanilla Ice? Riding the coat-tails of "Ice, Ice Baby," Vanilla Ice got his 5 seconds of fame before becoming the Bill Callahan of the music business. Sorry, my apologies to Vanilla Ice, at least he did something worthwhile. Callahan made a ton of money for nothing except embarrass a once proud fan base. No, Gary Pinkel is the Vanilla Ice. Finally busting through with his band Chase Bros. & the JMac Daddies after many years of scraping the bottom of the food chain playing late night gigs in student bars and wedding parties. Pinkel even has his hit song now, "5:30." But many question if the Chase Bros & JMac Daddies break up, can "P Diddy Ice" muster up a lead singer and a couple of "Pips" to run the show.

Now resident fat man, Kansas coach Mark Mangino, who is about to eat Stacey Dales, is going as: 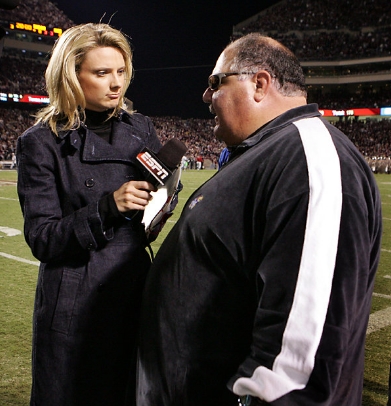 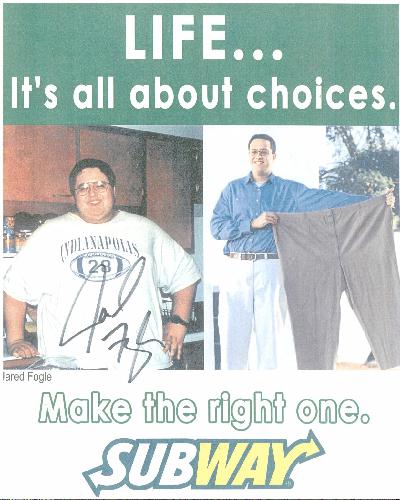 the Subway icon and former fat man, Jared Fogel Before Subway (JFBS). Do we really need an explanation here? This is the most seamless transition for Mangino. No costume needed because sweatsuits is all you can wear at that size. Where do you find dress pants that size. It would be unfair for the conference to expect more out of Mangino. There are probably no costumes at the Big, Bigger and Biggest stores. Plus, he will have all that extra pocket space for personal candy corn, snickers, caramel apples, gummy worms and skittles...rumored to be JFBS favorite. Dig deep coach, their is a candy corn in there: 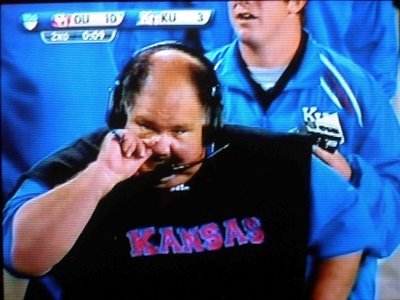 see what the rest of the Big 12 North is wearing after the jump...

How about Dan Hawkins, crazy Dan Hawkins. Who has tuned it down a notch this year. Frustration, pent up aggression, lost, scared, confused...we can't explain it but Hawkins may give us a preview of what he may look and act like if the Buffs keep averaging 14 points a game in the Big 12: 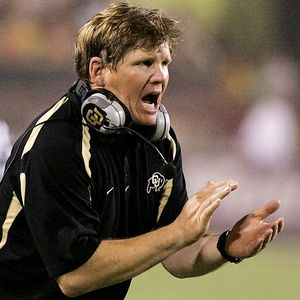 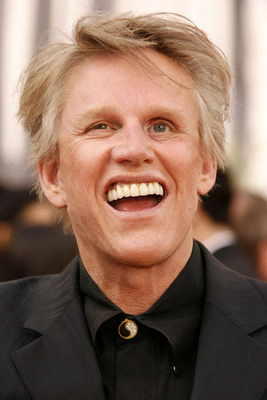 Gary Busey. Yes, somewhat obvious but the more and more I watch the HBO series Entourage and some of the things Busey says, the more and more I think Hawkins and Busey go to the same Zen-master. You almost have to be channeling some sort of cosmic power when you spit out half of the things these guys spit out. And Hawkins, I feel, is about three crazy media questions away from going completely ballistic. It can't be easy to deal with the Republic of Boulder on a daily basis as well. Football is probably #30 on the administrations mind while most of the Big 12, football operates as #1, #2 and #3 on the schools priorities. Look at Oklahoma's graduation rates or Texas' athletic budgets, that will tell you how much those schools push the limit. Hawkins has to watch the "bubble installers" blow up and take down a practice bubble every year, because god forbid, CU ever builds a permanent fix. We are closer to an explosion than you really think!

Arriving late to the party will be Nebraska coach Bo Pelini. No, he did not need a last second add on to his costume. In fact he won't even be wearing one. Bo Pelini will be going as himself: 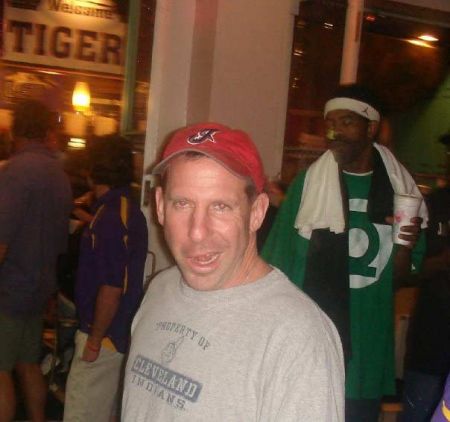 A drunk. Yes, that is a picture of Bo Pelini. What is he drinking over? That damn Virginia Tech game where that ref supposedly made a bad call where Pelini embarrassed himself on national TV. Pelini is also practicing his half time interviews under the influence. It can't get much worse that it was last week where the Nebraska radio guy asked Pelini at halftime something to the affect of "tell me what you thought about the first half" against Baylor and he properly responded in Lloyd Carr like fashion: "You saw what happened" and promptly left.

Ah, Ron Prince of Kansas State will do some channeling for himself, dressing up: 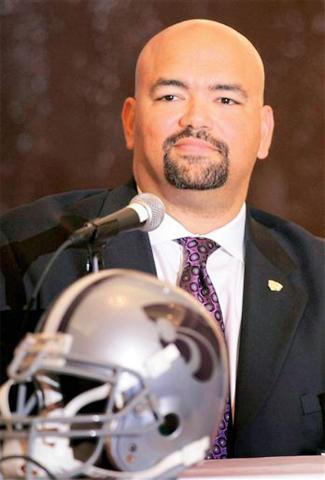 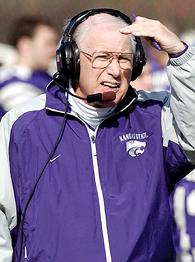 as former Kansas State coach Bill Synder. Maybe that will help Kansas State revert back to old ways. On a night where calling spirits and ghosts of the past is acceptable, Ron Prince will be acting and speaking like Bill Synder to see if he can somehow bring back a little magic to Kansas State. I expect hourly vodoo dances and loud shreaks to the gods, begging for Synder's wisdom. Texas Tech coach Mike Leach will take Prince out with his pirate sword after he get sick Prince taking all the attention from the party.

And finally, the last attendee at the Big 12 Halloween party in Lubbock, Texas will be Iowa State coach Gene Chizik. Do you think he is regretting taking the the Iowa State job. His costume gives that away: 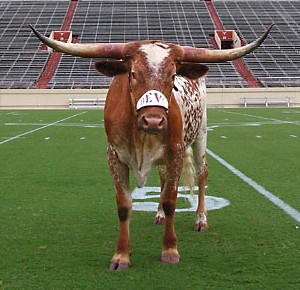