The Ralphie Report Halloween Special: What are the Big 12 South Coaches Wearing This Year?

Share All sharing options for: The Ralphie Report Halloween Special: What are the Big 12 South Coaches Wearing This Year?

News Flash: The Ralphie Report has learned what each Big 12 coach will be wearing this Friday night for the big Halloween bash. It is a reunion of sorts, as the coaches promised to get back together after the Big 12 meetings in Colorado Springs earlier this year. The Ralphie Report also had an exclusive on that boondoggle that saw the coaches fully utilize all that the Broadmoor had to offer. But this event will not take place in a 5 star resort but at a random field in Lubbock, Texas. Why Lubbock? Because letting Mike Leach out of the city limits in his Halloween attire may be destructive to the rest of the nation. Some of the things we can't wait to see: Who will win the apple bobbing contest, whether Mangino will bring his own candy corn treats and if Pelini will wander aimlessly drunk  pretending to yell at the official from the Virginia Tech game. Now to the costumes of the Big 12 South:

Texas Longhorn coach Mack Brown will be dressed as: 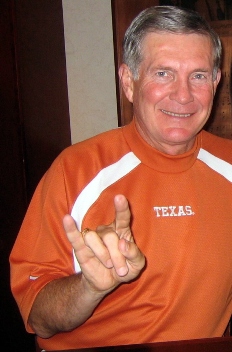 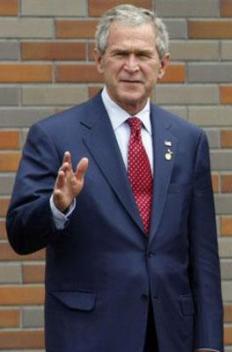 President Bush. This is a slam dunk and will provide little need for Brown to apply make up or hair coloring. The propensity to wave hands and flash the "hook'em" horns sign is interchangeable between Bush and Brown. Both have that dazed look in their eye and talk with a little drawl to make you wonder if everything is clicking up above. A guy from Oregon couldn't pull this off but Brown, with his Texas style and support from the Lone Star state, will shine as Bush. The risky thing here is Mack's ability to properly wear a suit that is not burnt orange. It will be interesting if Mack names a running mate. The Ralphie Report sees two candidates. A VP in Vince Young or Colt McCoy would be a solid pick. D Coordinator Will Muschamp is a dark horse but the we're not sure he could pull off the Dick Cheney look. Vince Young would be a risky pick with his AWOL episode earlier this year and the fact that VY is playing second to journeyman Kerry Collins. Colt McCoy will probably be the choice.

Now to Texas' rival, Oklahoma Sooners coach Bob Stoops who will be dressed as:

Don't watch if you don't want to be offended!

A rapper/Josh Jarboe. Stoops is easy to dress up with a lot of possibilities for accessorizing. I mean he could be a sleazy car salesmen that gives players under the counter loot or he could be a Steve Spurrier "wanna be" with that visor he attempts to pull of. Or he could be a choking old man (this comment not endorsed by Woodrow). For accessories purposes, The Ralphie Report has learned that Stoops will be dressing up as Josh Jarboe, the former OU commit who as kicked off the team for demonstrating his wicked skills on YouTube above. Stoops wants to flow Jarboe style. Secretly, Stoops is a big collector of big gold bling and is rumored to be in tight with Flavor Flav, who will be representin' as Stoops wardrobe guru. Stoops better do some serious neck workouts for the big clock that Flavor is going to make him sport. 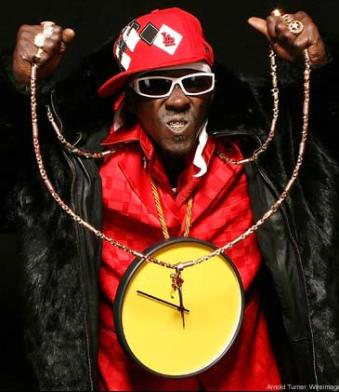 see what the rest of the Big 12 South is wearing after the jump...

Staying in state, how about upstart kids, Oklahoma State and Mike Gundy, who will be dressed as: 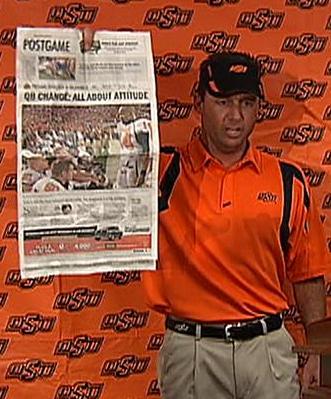 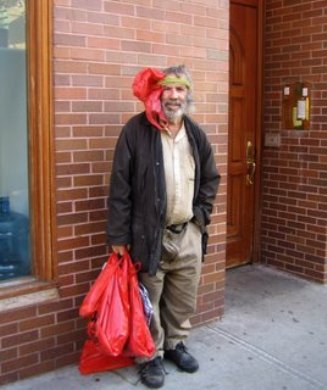 a homeless beggar. "Really?" you ask. He is only 41, has a good job and is nicely paid. Well, this costume won't be put away in the closet, it will be used throughout the year. The reason: Boone Pickens' fund lost $282 million in this economic downturn. At one time, the fund grew to over $400 million. Now Boone Pickens is having to make donations to finish construction on the stadium. Gundy will be practicing his panhandling skills among the Big 12 coaches to see if they have any spare change. Expect Gundy to be wheeling and dealing, looking for any handouts from other Big 12 coaches. "He's a Man, He's Poor!"

Maybe the most obvious costume and the one that needed no inside story is Texas Tech coach Mike Leach, who will be dressing up as:

A pirate. A no brainer. I mean he already has the costume, already has practiced his actions and speech. He is a gambler on the football field and will try to pillage Big 12 teams by running up the score. Mostly he is just crazy. Here are some pirate comments from Mike Leach:

"It's kind of a semi-perfect Red Raider flag, but he's not my favorite guy," Leach said of Edward Low, the notorious 18th-century pirate who was known to savagely torture his victims before killing them. "But can't you imagine? There's some guy sitting on the ship deck, who has had way too much rum to drink, saying, 'Here, give me some red paint; I'll fix it up!'"

Can't you imagine Leach standing on the field at Dolphin Stadium in Miami on the night of Jan. 8, holding a Waterford crystal trophy high above his head, smiling at the rest of the college football world with an eat-you-know-what grin? 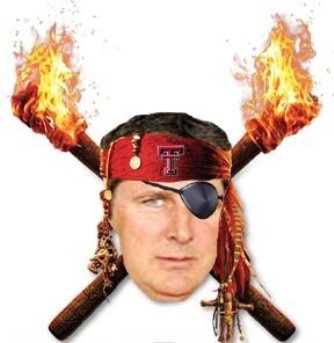 Coming from College Station will be Texas A&M coach Mike Sherman, dressed as: 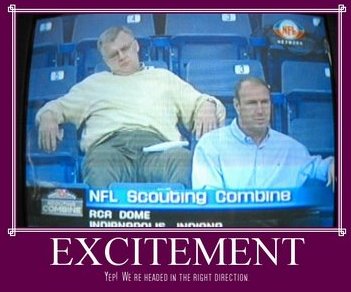 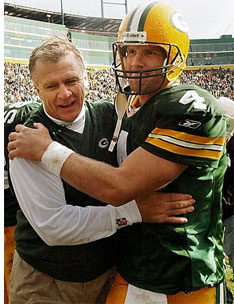 Brett Favre. I was pretty shocked after the hire of Mike Sherman. I mean, he seemed like a pretty mediocre choice. Especially for a school that always has glorified aspirations that can't be fulfilled because of that other in-state school in Texas. Sherman is probably still in coaching because he had Brett Favre as his quarterback when Favre wasn't throwing an interception for every touchdown. He rode the coattails of Mike Holmgren and adopted Brett Favre. Therefore, the Texas A&M head coach will be making a tribute of sorts to #4, Sherman's bread winner and personal hero. In fact, Sherman is like that little Green Bay kid. Every morning, underneath his Texas A&M garb, Sherman dons the #4.

Rounding out the Big 12 South is Baylor coach Art Briles...who? I know, me too. But actually Briles looks to be a genius, because of: 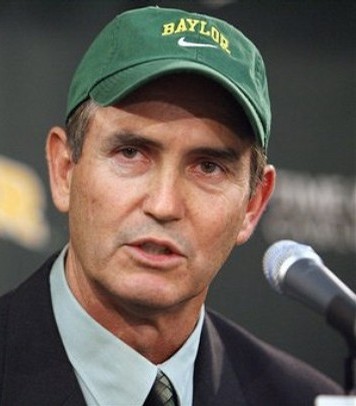 Robert Griffin, freshman quarterback of the Baylor Bears. Griffin is the only reason we know who Art Briles is. Mike Sherman and Art Briles are going to become best friends as they reminisce about their quarterback heroes. I have to credit Rock M Nation for the picture of Robert Griffin. Unbelievable find and certainly a good look for Art Briles this Friday. Nice grill and sweet 'fro.