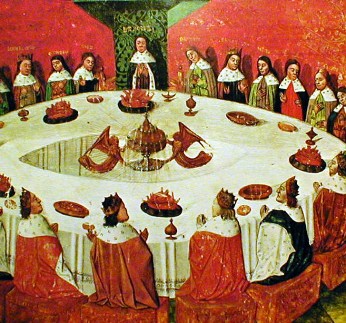 Thanks to Burnt Orange Nation for supplying this week's questions.

1. We start with a review of your team's non-conference performance. Take the format of my Week 5 Big 12 Report (North Division post here, South Division here) and give us your Offensive MVP, Defensive MVP, and Projected Finish. (Limit 125 words max on each.)

Offensive MVP: Rodney Stewart, RB - Only other choice may be WR Josh Smith but Stewart has been great the last two games. Stewart ranks fourth in the Big 12 in rushing yards with 349 yards, averaging 5.6 a carry. The scary thing is that he only had 13 carries for 76 yards in the first two games of the year. He could easily be #2 in the Big 12 if he would have gotten more carries early on. Stewart is yet to get in the end zone which is unbelievable seeing that the 3 players in front of Stewart in the Big 12 yardage rankings have a total of 21 touchdowns. This change of pace back has been nothing but spectacular in the early going of the season.

Defensive MVP: Chapelle Brown, CB - Chapelle saved the game for the Buffs against Eastern Washington, picking off a pass with less than 2 minutes remaining in the game to give the Buffs the lead. Brown has been solid against run support thus far. He has totaled 34 tackles, good for third on the team, 4 pass deflections, 1 sack and 3 tackles for a loss. Other picks here would be LB Jeff Smart and LB Brad Jones but the Buffs needed to have playmakers in the defensive backfield and Brown has answered that call.

Projected Big 12 Finish: 4 - 4, 3rd North Division  -  All I have to say is this is a brutal schedule for the Buffs and as coach Hawkins says, the Buffs are in the middle of the gauntlet coming off games against West Virginia and FSU, now heading into Texas, Kansas and Missouri. The Buffs have four ranked teams remaining on the schedule. I am optimistic that the Buffs will win 2 of 4 games between Texas, Kansas, Oklahoma State and Nebraska...can't tell you which ones but if they can win two of those games, 5 - 3 is a possibility. The key for the Buffs is win the games that they are supposed to. Kansas State, Iowa State and Texas A&M are must wins...and a split in the final two games is needed. This will be easier to answer after we see how the Buffs respond this week against Texas coming off of the FSU loss.

Check out the rest of the questions after the jump...

2. Oklahoma State is one of two Big 12 teams not represented by bloggers. Don your oversized Cowboy hat for a day and give us your take on Mike Gundy's team. Are they same old same old (above average offense, putrid defense)? Or something else?

I wouldn't quite say the same old same old because this offense is way above average.  This is quite possibly the best, most balanced offense seen in Stillwater in 20 years.  Mike Gundy is now well in to his "man" hood at the old age of 41 and seems to have not skipped a beat in taking over the playcalling duties from Larry Fedora. While there will certainly be a slight drop off once they enter Big 12 play, I still expect this team to put up 30+ points on everyone. On the other hand, it is the same old putrid defense.  They haven't played an offense with a pulse to date and I expect lowly A&M to put up 20 on the road this weekend.  I rank this defense only above the Aggies, Kansas State and Baylor in the conference and they are going to be in a shootout with every team they play all season long.

3. Your team has reached the Big 12 title game, but in a cruel twist of fate, your coach is declared ineligible and you have been asked to select among the other 11 coaches in the conference your team's game day maestro. Who do you select and why?

Assuming this coach is coming in to coach the Buffs on a short turnaround and will most likely have to use the systems that will already in place, then the answer is Mark Mangino.  He runs a similar offense with a quarterback of similar stature, but he runs it better than our current unit.  Having Stewart and Scott at his disposal will hopefully improve what has been a disappointing running game at Kansas and Mangino has always had a very strong, never quit defense with players that have never been 4 or 5 star guys.

4. Same situation, but different replacement: Assume this time that it's your quarterback who can't participate in the Big 12 title game. Which other quarterback from the conference would you select to lead your team for that game?

Sam Bradford.  Irish and I were watching the Sooner game right after the Buffs fell to Florida State and we must have remarked ten times about how accurate he was and how much he made the receivers better by putting the ball right where it needs to be. I think the one true "knock" on Sam prior to this season was that he didn't play well on the road.  With the game at Washington you saw a Sam Bradford that looked just as poised and accurate as he has at home. I realize that the Husky defense is weak, but so was the Cyclone D that he struggled against last year.  His ability to run a very smooth no huddle and an extremely balanced offense puts him over the top.

5. Imagine it is July 2008 and you receive an email from the conference's director of public relations, who informs you that the Big 12 has officially partnered with Austin City Limits Music Festival 2008. To promote the partnership, the conference has asked you to choose one of the festival's participating bands as metaphor for your football team and explain it. Go.

G. Love - Always consistent, but never brilliant. An act that is enjoyed by many but loved by fewer than some bigger more popular acts.  A G Love show is a party and a laid back affair, but when you least expect it he can come through with an epic show.  All it would take is one "breakout" single for the public to realize that a great act had been under their noses the whole time.

6. Answer all of the following in no more than two sentences:

(A) Conference's best quarterback?  Sam Bradford, see question number 4.
(B) Conference's best offense?  Oklahoma, no other team can beat you in so many different ways.
(C) Big 12 South winner?  Oklahoma.
(D) Big 12 North winner?  Missouri
(E) Big 12 champion?  Oklahoma
(F) Big 12 team you would adopt as your favorite if forced to abandon your own?  Haven't you figured that out from the questions above?
(G) One prediction that might surprise the rest of us?  The Texas Longhorns are going to beat Missouri at home following a loss to the Sooners in the Red River shootout.  Chase Daniel throws three picks to what was considered a "green" secondary.